'Guess who's back?': Political figures locked out in hack start returning to Twitter 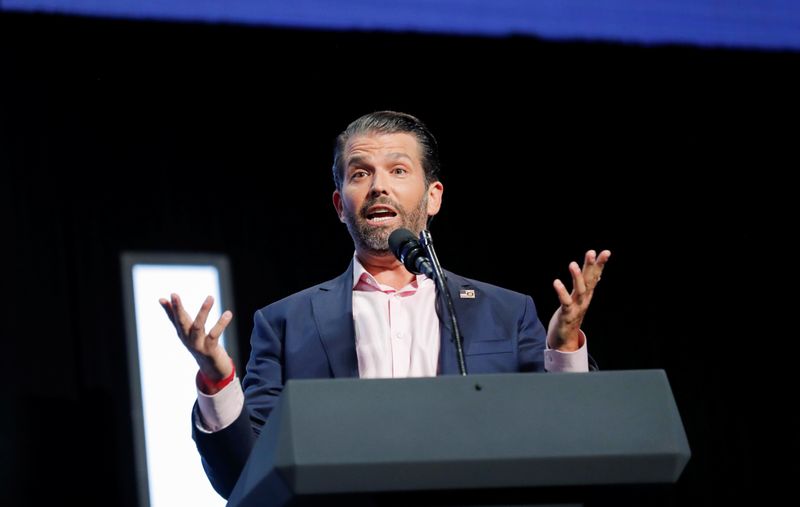 (Reuters) - Some U.S. political figures, candidates and lawmakers locked out of their Twitter accounts (NYSE: TWTR) in collateral damage from Wednesday's high-profile hack were beginning to return to the social media site on Friday.

"Guess who's back?" President Donald Trump's eldest son, Donald Trump Jr., tweeted on Friday. Trump Jr., who Fox News reported had been unable to access his account following the incident, attached to his tweet an Iron Man GIF captioned 'Wake up, daddy's home.'

At least seven of about 10 Democratic Senate candidates and senators who had been locked out of their accounts were able to access the platform on Friday, according to a party official.

Both Republicans and Democrats have called for Twitter to better explain the security lapse through which hackers were able to access the company's internal systems and seize control of influential accounts, including Democratic presidential candidate Joe Biden and former U.S. President Barack Obama, and solicit digital currency.

Lawmakers also expressed concerns over what would happen if a similar breach occurred a day before the U.S. presidential election in November. The FBI's San Francisco division is leading an inquiry into the hacking.

Twitter said on Thursday that it had locked any accounts that attempted to change the account's password during the past 30 days, but said the locked accounts had not necessarily been compromised. It said it was working to restore the accounts to their owners.

"Thanks for finally unlocking me, @jack. Now, when can I expect a response to our letter?" tweeted Representative Jim Jordan, the top Republican on the House Judiciary Committee.

Jordan's tweet linked to a letter previously sent to Dorsey, accusing the company of exerting "editorial control" over conservatives after it attached warnings and fact-checking labels to tweets by President Trump in recent weeks.

Trump, a prolific Twitter user, did not have his account jeopardized during the attack, White House spokeswoman Kayleigh McEnany said on Thursday. She said that the White House had been in constant contact with Twitter over the last 18 hours to keep Trump's Twitter feed secure, and that the president would continue tweeting.

Twitter said it was still assessing whether attackers were able to access private data of targeted accounts.

(Reporting by Elizabeth Culliford in London; Editing by Chris Sanders and Jonathan Oatis)