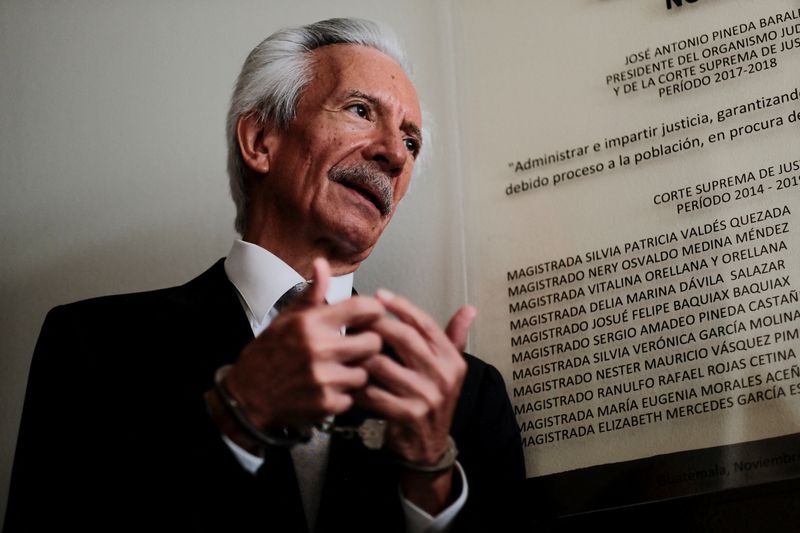 GUATEMALA CITY (Reuters) - A Guatemalan court decided on Thursday to take to trial a case against a well-known Guatemalan journalist who was arrested four months ago on charges of money laundering, influence peddling and blackmail.

Jose Ruben Zamora Marroquin, an outspoken government critic, was detained in late July after a police raid on his home and will now remain in prison until the trial begins.

Prosecutors have repeatedly denied the journalist's claims that his detention is a "political persecution."

Zamora, 65, is the founder of the elPeriodico newspaper, an outlet famous for investigations into government corruption. The paper has laid off 80 percent of its staff and moved to online-only publication since his arrest.

"My best-case scenario is to get out of prison on January 14, 2024, when (President) Giammattei hands over the presidency," Zamora told reporters during the hearing.

"I have patience and the truth with me," said Zamora, seen handcuffed and visibly distressed.

His arrest came amid a crackdown on prosecutors, judges, human rights activists, journalists and opposition officials.

Members of the Inter-American Press Association, a regional organization dedicated to press freedom has demanded the journalist's release and attended the hearing, overseen by Judge Freddy Orellana.