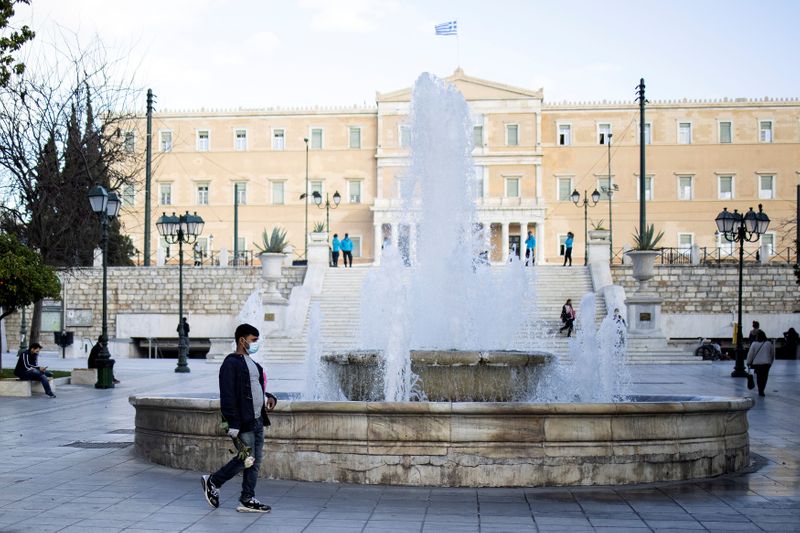 ATHENS (Reuters) - Greek Prime Minister Kyriakos Mitsotakis on Tuesday announced a full lockdown in the capital Athens and the surrounding region to curb a resurgence in coronavirus cases and ease pressure on badly stretched health services.

The new restrictions in the Athens region, where half of Greece's population of 11 million lives, include closing non-essential shops and schools from Feb. 11 until the end of the month, Mitsotakis said in a televised address.

"I will not hide: In the next two months, restrictions may be imposed and lifted depending on the level of alarm," he said after chairing an emergency meeting with ministers and health experts. "But this is also the last mile towards freedom."

Authorities registered 1,526 infections on Tuesday, more than double the number recorded a day earlier - half of them in the wider Athens area, with COVID-19 related deaths reaching 6,017 since the coronavirus was first detected.

Greece, which has fared relatively better than others in Europe during the pandemic, was forced to impose a partial lockdown in November after infections began climbing, threatening to overwhelm a health system badly weakened by a decade-long financial crisis.

It has eased restrictions on the retail sector since to help struggling businesses. But Mitsotakis said a fresh rise in hospital admissions in Athens and the detection of more contagious variants of the coronavirus have alarmed authorities.

Greece has administered more than 400,000 inoculations so far with the Pfizer/BionTech and Moderna vaccines and is due to start vaccinating people aged 60-64 with the AstraZeneca shots on Feb. 15.

Mitsotakis said vaccinations will soon reach 500,000 and the most vulnerable will be protected by the end of spring, when the government hopes the vital tourism sector will be able to open.

"We will be much better from April," he said.