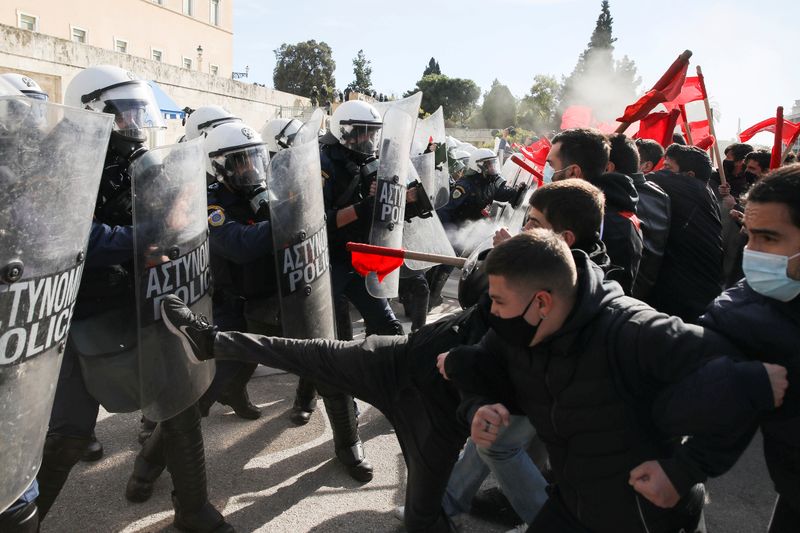 ATHENS (Reuters) - Greek lawmakers passed legislation on Thursday that allows special police on university campuses as part of education reforms that opponents say threaten academic freedom established after the end of military rule in the 1970s.

Defying coronavirus restrictions, thousands of people rallied in central Athens for a second day, as legislators debated the bill.

The legislation passed in the 300-seat parliament with 166 deputies voting in favour and 132 against.

"Nowhere in the world do we see images ... of historical buildings being vandalised, equipment being looted," Mitsotakis told legislators before the vote, referring to numerous incidents in recent years where self-styled anarchist groups broke in and caused damage on Greek campuses.

The issue of police on campus has been especially sensitive in Greece since the 1967-1974 military government. During a 1973 student revolt that helped topple the junta, a tank crashed through the gates of the Polytechnic university, killing students.

Opponents of the law say state universities could hire more security staff and upgrade other safety measures instead of bringing in police.

Other measures in the bill limit the length of time students can stay enrolled before getting a degree.