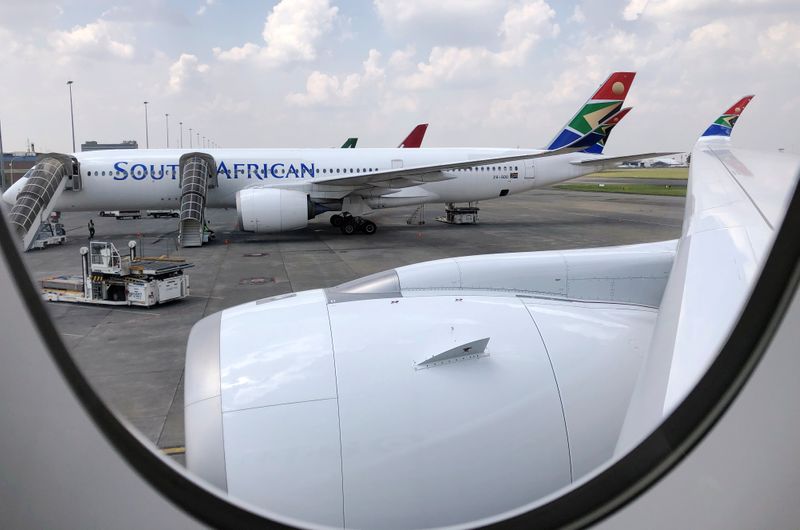 JOHANNESBURG (Reuters) - South African Airways (SAA) has received a further 5 billion rand ($346 million) from the Department of Public Enterprises to help make severance payments to laid-off staff as part of its rescue plan, administrators of the plan said on Tuesday.

SAA entered a local form of bankruptcy protection in December 2019 after roughly a decade of financial losses, with its fortunes worsening after the COVID-19 pandemic grounded flights.

The government committed to providing 10.5 billion rand to bailout the airline in October's mid-term budget.

The business rescue practitioners (BRP) hired to restructure the airline said they had received 7.8 billion rand from the government including the latest payment.

The administrators, who have proposed a plan which includes reducing the airline's staff by around two-thirds, said the money allowed them to pay cabin crew and ground staff that had accepted voluntary severance packages in August.

More than 3,000 SAA employees have accepted severance packages, while 1,300 are still in negotiations, the administrators said.

"The payment (to staff) follows the receipt of a further tranche of R5 billion from the Department of Public Enterprises on 12 February, which has further allowed the BRPs to confirm the second payment on 19 February."