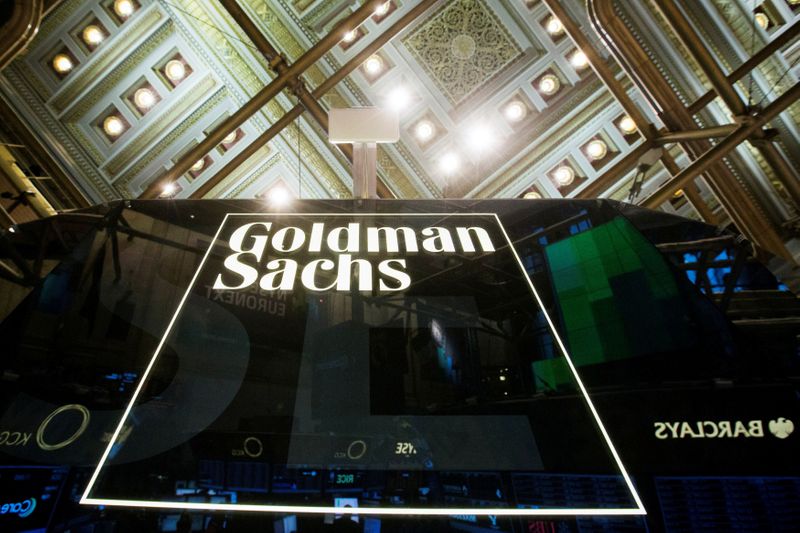 FILE PHOTO: A Goldman Sachs sign is seen above the floor of the New York Stock Exchange shortly after the opening bell in the Manhattan borough of New York January 24, 2014. REUTERS/Lucas Jackson/File Photo

The watchdog, BaFin, said it had asked Goldman Sachs to comply with due diligence obligations regarding customers and risk analysis requirements under Germany's anti-money laundering laws.

Goldman Sachs said in a statement that BaFin's order followed an audit undertaken by BaFin in 2020. "The required implementation is already underway," the bank said.

People familiar with the matter said that Goldman Sachs had not fully complied with German know-your-customer standards when transferring British customers to Germany.

The data on the transferred customers did not always provide sufficient clarity on which persons were linked to certain accounts, the people said. They also said that BaFin could impose fines if Goldman Sachs did not address the issue sufficiently.

Goldman Sachs is moving customers with roughly $60 billion in assets to Germany from the United Kingdom because of Brexit, people familiar with the matter have said.