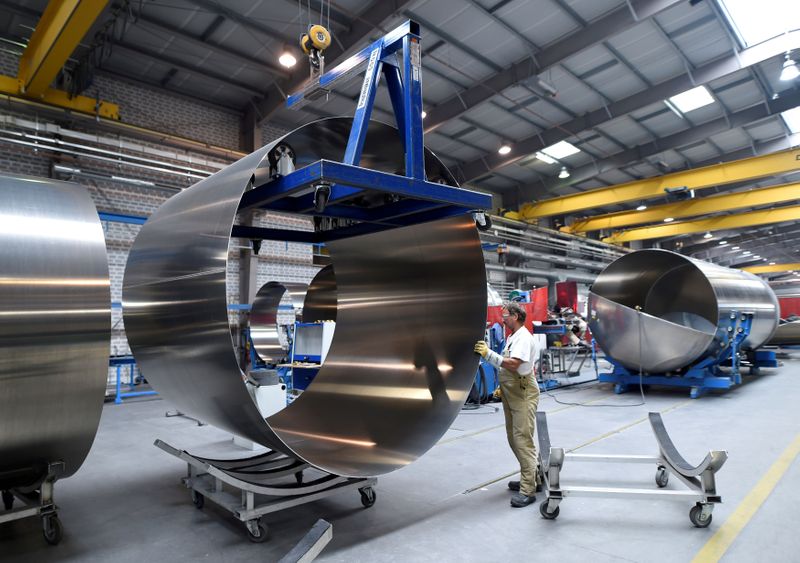 BERLIN (Reuters) - German factory activity grew at the fastest pace on record in March, a survey showed on Thursday - although the container ship that blocked the Suez Canal last week may delay raw materials arrivals and prolong supplier delivery times.

IHS Markit's Final Purchasing Managers' Index (PMI) for manufacturing, which accounts for about a fifth of the economy, reached 66.6, matching the record flash reading achieved thanks to a surge in demand from the United States and China.

Factories in Europe's biggest economy have been humming along during the pandemic almost undisturbed by lockdowns that have impacted the services sector.

"It was a record-breaking month on many fronts including new export orders, which have benefited from synchronised upturns in sales to the US and China and seen an unprecedented number of German manufacturers reporting growth," said Phil Smith, principal economist at IHS Markit.

He added: "However, the Suez Canal blockage could not have come at a worse time, with more than three-quarters of German manufacturers already reporting increasing lead times on inputs in March, with the potential for those numbers to increase further given the backlog of containers it created and the anticipated congestion at ports in the coming days and weeks."