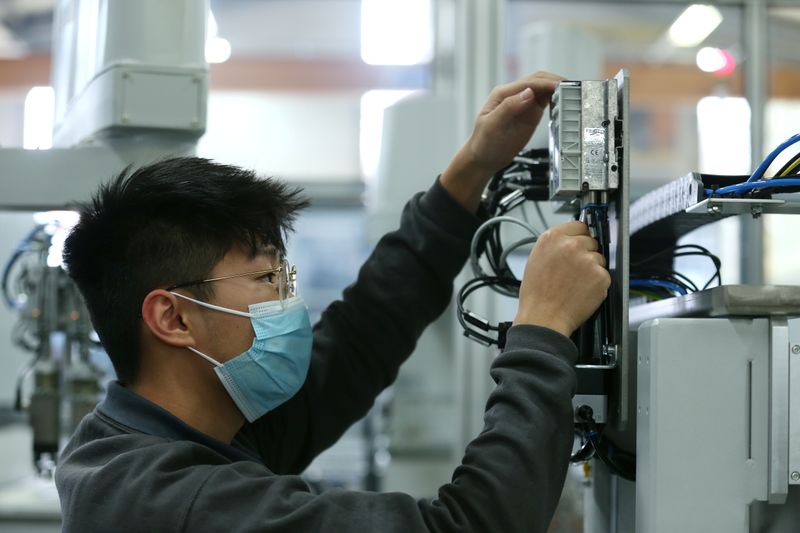 By Holger Hansen and Michael Nienaber

Cabinet members adopted the supply chain act during their weekly meeting, paving the way for stricter-than-expected rules that would force large companies to pay fines of up to 2% of their annual global turnover if they violate the rules.

The bill would also enable the government to temporarily exclude from public tenders companies which received fines of 175,000 euros or more based on the new law.

The BDA employers association, which as an umbrealla group represents companies from all sectors of the economy, criticized the law, saying it was too far-reaching and stringent.

It said the risk of being fined and sanctioned would likely leave many firms with no choice but to withdraw from developing countries with a problematic human rights record.

"The law harms precisely those people who are supposed to be protected," BDA said.

It warned that the government was putting German companies at a severe disadvantage in European and global competition.

"It will mean that foreign companies that do not have to comply with the German rules will jump in and replace German companies and their trade business," BDA said.

Finance Minister Olaf Scholz defended the government's decision, saying it would help to protect workers around the world from exploitation.

"In the future it'll be clear: 'Made in Germany' will always mean respecting human rights," Scholz said, adding that consumers and companies alike would benefit. "Employees all over the world deserve respect."

According to the law, a fine of up to 2% of worldwide turnover would be possible in certain cases if annual turnover exceeds 400 million euros.

This means that in the first stage more than 600 companies would be affected, and in the second stage almost 2900.