GM to work closely with CATL in its China EV push: executive 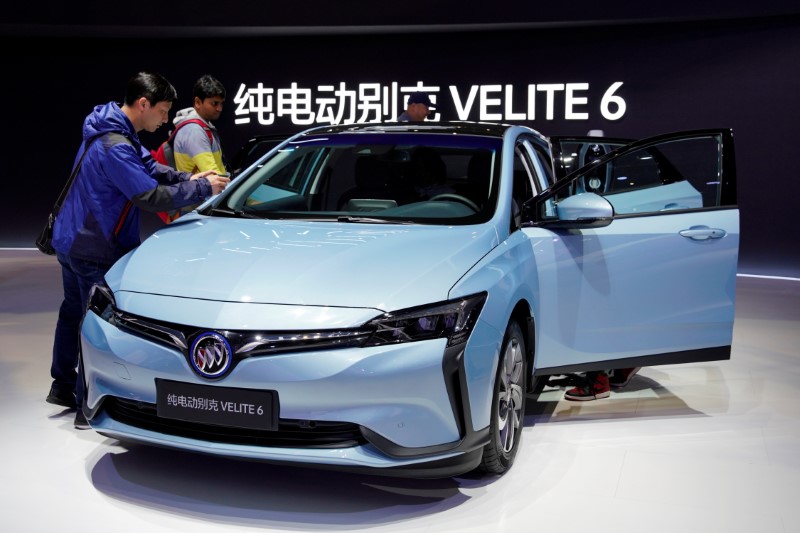 The Detroit automaker said in March it would invest $20 billion by 2025 in electric and automated vehicles as it races to catch up with Elon Musk's Tesla Inc (NASDAQ: TSLA) in the sector.

"We have already established a good working relationship and supply agreement with CATL," said Julian Blissett, GM's China president. "We will work very closely with CATL in the future."

"We are not planning on importing any major components for new energy vehicles. The drive units, batteries, motors, etc, will be made locally in China," Blissett told local media on Wednesday, according to the transcript provided by GM.

Co-operation with GM would help cement Ningde-based CATL's dominant position in the Chinese EV battery market, where it competes with smaller players like BYD <002594.SZ> and Guoxuan High-tech <002074.SZ>.

The group, which already has supply deals with Tesla and Volkswagen

China is the world's biggest market for new energy vehicles, which include battery electric cars as well as plug-in hybrid and hydrogen fuel-cell vehicles.

In China GM and its partner SAIC Motor <600104.SS> sell the electric Velite 6 model under the Buick marque as well as Chevrolet's electric Menlo.

"We are heavily committed to China and we have basically not stopped investing even through COVID-19," Blissett added.