G7 remains committed to sanctions on Russia over Ukraine 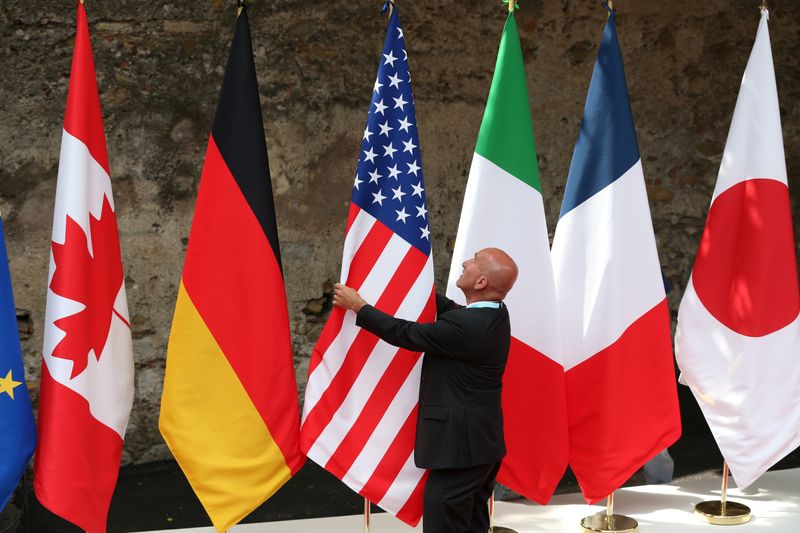 FILE PHOTO: Flags are placed at the G7 summit in Taormina, Italy, May 26, 2017. REUTERS/Alessandro Bianchi

BERLIN (Reuters) - The G7 remains fully committed to the implementation of sanctions on Russia over its annexation of Ukraine's Crimea peninsula and will continue to assist Ukraine in maintaining its independence, the German foreign ministry said on Thursday.

"We unanimously condemn Russia's continued activities to undermine sovereignty, territorial integrity and independence of Ukraine," the Group of 7 foreign ministers said in a joint statement released by Germany on the seventh anniversary of the annexation.