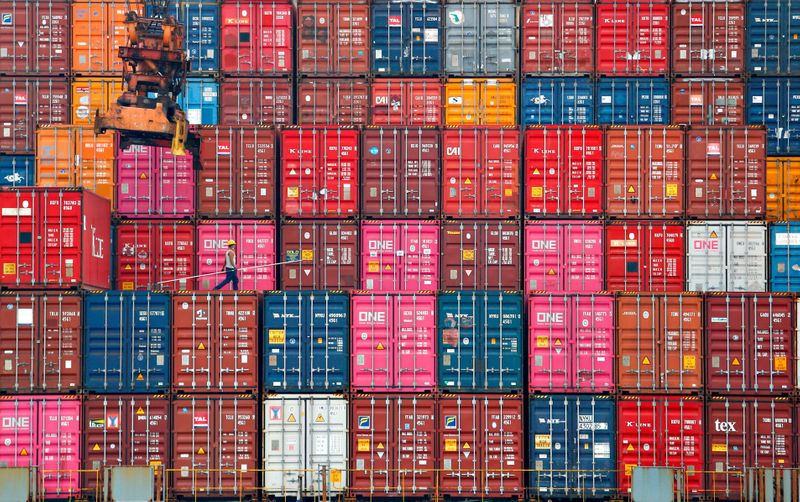 By Gavin Jones and Jan Strupczewski

ROME/BRUSSELS (Reuters) - The world's financial leaders agreed on Friday to maintain expansionary policies to help economies survive the effects of COVID-19, and committed to a more multilateral approach to the twin coronavirus and economic crises.

The Italian presidency of the G20 group of the world's top economies said the gathering of finance chiefs had pledged to work more closely to accelerate a still fragile and uneven recovery.

"We agreed that any premature withdrawal of fiscal and monetary support should be avoided," Daniele Franco, Italy's finance minister, told a news conference after the videolinked meeting held by the G20 finance ministers and central bankers.

The United States is readying $1.9 trillion in fiscal stimulus and the European Union has already put together more than 3 trillion euros ($3.63 trillion) to keep its economies through lockdowns.

But despite the large sums, problems with the global rollout of vaccines and the emergence of new coronavirus variants mean the future path of the recovery remains uncertain.

The G20 is "committed to scaling up international coordination to tackle current global challenges by adopting a stronger multilateral approach and focusing on a set of core priorities," the Italian presidency said in a statement.

The meeting was the first since Joe Biden - who pledged to rebuild U.S. cooperation in international bodies - U.S. president, and significant progress appeared to have been made on the thorny issue of taxation of multinational companies, particularly web giants like Google, Amazon and Facebook.

The move was hailed as a major breakthrough by Germany's Finance Minister Olaf Scholz and his French counterpart Bruno Le Maire.

"This is a giant step forward," Scholz said.

Italy's Franco said the new U.S. stance should pave the way to an overarching deal on taxation of multinationals at a G20 meeting of finance chiefs in Venice in July.

The G20 also discussed how to help the world's poorest countries, whose economies are being disproportionately hit by the crisis.

On this front there was broad support for boosting the capital of the International Monetary Fund to help it provide more loans, but no concrete numbers were proposed.

To give itself more firepower, the Fund proposed last year to increase its war chest by $500 billion in the IMF's own currency called the Special Drawing Rights (SDR), but the idea was blocked by Trump.

"There was no discussion on specific amounts of SDRs," Franco said, adding that the issue would be looked at again on the basis of a proposal prepared by the IMF for April.

While the IMF sees the U.S. economy returning to pre-crisis levels at the end of this year, it may take Europe until the middle of 2022 to reach that point.

The recovery is fragile elsewhere too. Factory activity in China grew at the slowest pace in five months in January, and in Japan fourth quarter growth slowed from the previous quarter.

Some countries had expressed hopes the G20 may extend a suspension of debt servicing costs for the poorest countries beyond June, but no decision was taken.

The issue will be discussed at the next meeting, Franco said.

(Additional reporting by Andrea Shalal in Washington Michael Nienaber in Berlin and Crispian Balmer in Rome; editing by John Stonestreet)