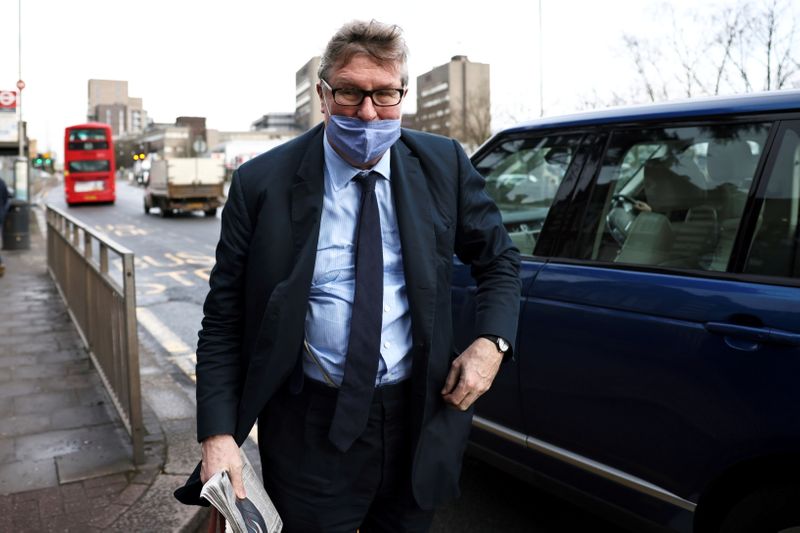 LONDON (Reuters) - Crispin Odey, one of Britain's most high-profile hedge fund managers, has been acquitted of indecently assaulting a young, female banker in 1998 after a three-day London trial.

Judge Nicholas Rimmer told Westminster Magistrates' Court on Thursday that there had been a "catalogue of inconsistencies" in the case and he could not dismiss the possibility that 62-year-old Odey only verbally propositioned the woman.

"I acquit you and you will leave this courthouse with your good character intact," Rimmer said.

He said he had found Odey's evidence credible but that some of the evidence of the woman, who cannot be named for legal reasons, "would not be inconsistent with a vivid imagination".

The founder of Odey Asset Management, a multi-millionaire and political donor, earlier told the trial that the charge - that he had groped the woman in his house more than 20 years ago - was a "horrible slur".

"Crispin has always maintained his innocence, and we are pleased that he has been found not guilty," said a spokesman for Odey Asset Management.

Testifying earlier on Thursday, Odey said he had invited the "attractive and intelligent" woman to his home in West London for a social meeting and verbally propositioned her.

But he alleged she had been appalled, he had apologised and she walked out in silence.

Asked by the prosecutor whether he would have responded if she had welcomed his advances, he told the court: "I might have. I don't know. That is to my shame."

The woman, who gave hours of often emotional evidence during the trial, alleged that she went to Odey's house for a business meeting because he was a prominent client of her former investment bank employer.

But once there, he changed into a dressing gown and "lunged at her", putting a hand up her skirt and on her breast. She alleged she was shocked and scared, wrestled herself free and left.

The former junior broker first reported the alleged incident to police in 2017 as allegations of sexual misconduct by disgraced Hollywood producer Harvey Weinstein and the #MeToo movement filled news channels.

Sandra Paul, a partner at law firm Kingsley Napley, said such historic cases relied heavily on the accounts of the individuals but that time had a corrosive effect on memory.

"Perhaps more critical inquiry ought to be made regarding delays in reporting that span decades where the alleged offences concern adults," she said.