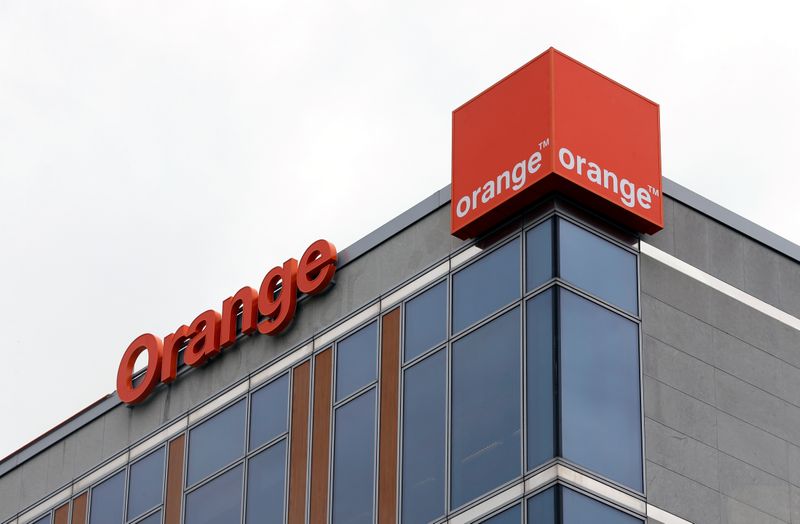 FILE PHOTO: The logo of French telecom operator Orange is pictured on the facade of the Belgian unit in Brussels, Belgium, May 10, 2016.REUTERS/Francois Lenoir

PARIS (Reuters) -Orange, France's largest telecoms operator, set out a shift into Belgium's fixed line business on Tuesday, with plans to buy a majority stake in VOO SA in a deal valuing the firm at 1.8 billion euros ($2 billion).

The move illustrates Orange's strategy of being able to deliver 'convergent offers' in both broadband and mobile to customers in all European countries where it operates and follows a surge in interest in telecoms dealmaking.

The broader sector is seeing an increase in potential M&A, with KKR approaching Telecom Italia about what would be Europe's biggest ever private equity buyout.

Orange Belgium, its listed Belgian subsidiary, owns its cellular network but has costly contracts with rivals in order to offer broadband services on top of mobile contracts.

The planned purchase of 75% of VOO would give Orange control over the cable network in Belgium's French speaking Wallonia region and part of the Brussels area.

The exclusive talks with VOO's parent company Nethys are a blow to Orange Belgium's local rival Telenet, which acknowledged it had not been selected to enter into talks.

"A potential acquisition of VOO by Orange Belgium could reshape the Belgian telco landscape making the former mobile-only operator a worthy adversary for the two leaders in the fixed and convergent market," KBC Securities said in a note to clients.

Orange Belgium said in a statement it would finance the potential deal by increasing its debt, with the support of its French parent company.