France's Macron says the nuclear deal with Iran must succeed 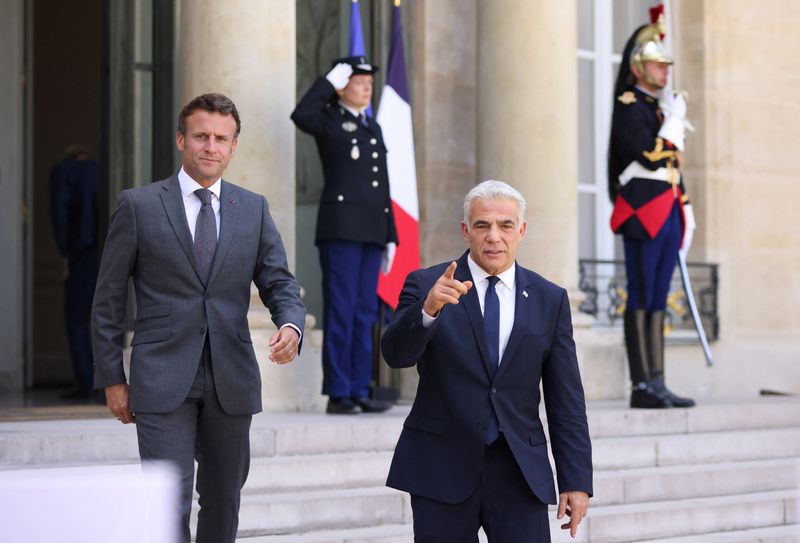 PARIS (Reuters) - French President Emmanuel Macron said on Tuesday the negotiations on reviving a 2015 nuclear deal between world powers and Iran known as the JCPOA needed to succeed while taking into account the interests of regional partners, including Israel.

"We have to defend this (nuclear) deal (with Iran). And take in account the interests of our friends in the area, primarily Israel," Macron told reporters during a joint press conference with the Israeli Prime Minister Yair Lapid.