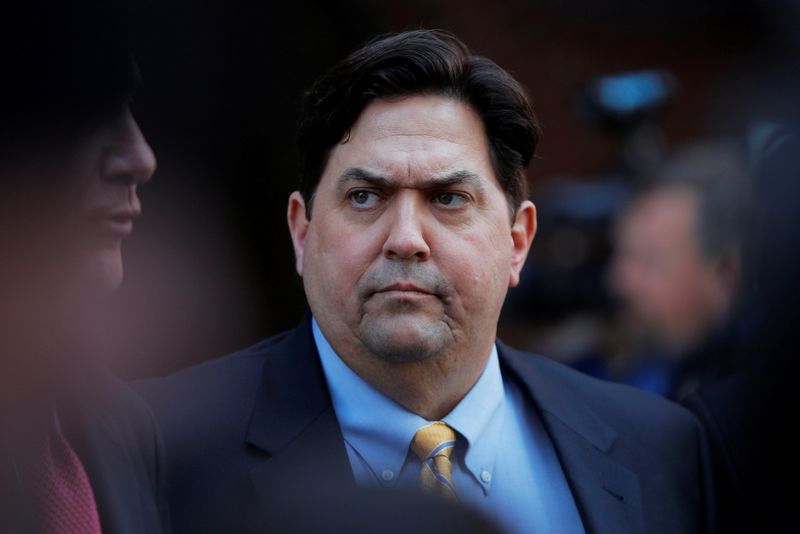 BOSTON (Reuters) - A former women's volleyball coach at Wake Forest University accused of participating in a vast U.S. college admissions fraud and bribery scheme has struck a deal with federal prosecutors that could result in the charges against him being dropped.

Federal prosecutors in Boston in a deferred prosecution agreement unsealed on Tuesday agreed to dismiss the case against William Ferguson after two years if he pays a $50,000 fine and complies with other conditions.

Ferguson, 51, also accepted responsibility for his role in the college admissions scandal, acknowledging he agreed in 2017 to help the scheme's mastermind secure the admission of a student as a volleyball recruit in exchange for "purported donations."

Ferguson's lawyer did not respond to requests for comment.

The agreement's unsealing came after a federal jury on Friday in the first trial in the scandal found two wealthy fathers guilty of trying to buy their children's way into elite universities as phony athletic recruits.

Ferguson and the two fathers, former casino executive Gamal Aziz and private equity firm founder John Wilson, are among 57 people who were charged over a scheme in which parents conspired to fraudulently secure college placement for their children.

They did so with the help of Singer, who pleaded guilty in 2019 to facilitating college entrance exam cheating and using bribery to secure the admission of students as fake athletes.

They have pleaded not guilty. A federal judge recently indicated they would be tried separately.

(Reporting by Nate Raymond in Boston; Editing by Peter Cooney)