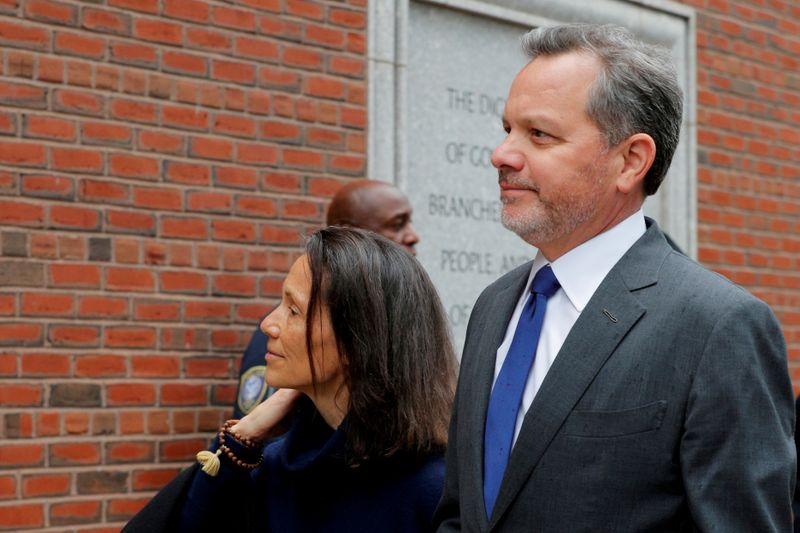 Prosecutors said Bill McGlashan, the former managing partner of TPG Growth and co-founder of The Rise Fund, paid to ensure that a corrupt test administrator would allow an associate to supervise his son's ACT exam and secretly correct his answers.

U.S. District Judge Nathaniel Gorton in Boston said McGlashan, 57, had tried to steal a spot at a prestigious university from a more deserving applicant, and that his sentence would show that "even the rich and famous cannot avoid the rule of law."

"You have let your enormous wealth, privilege and pride overwhelm all of what you want to stand for by your works of charity and philanthropy," Gorton told him.

McGlashan, who must also pay a $250,000 fine, apologized. "In a world where fairness is in such short supply, what I did was totally unacceptable, and I acknowledge that," he said.

After McGlashan was charged, his son withdrew his application to the University of Southern California.

Despite having been sentenced, under his plea deal, McGlashan could still withdraw his February guilty plea to a wire fraud charge should he succeed in appealing a key pretrial ruling against him. [nL1N2KG2Q7]

He is one of 57 people charged in the scandal, in which prosecutors said parents conspired with California college admissions consultant William "Rick" Singer to secure their children's college admissions through fraud and bribery.

Singer pleaded guilty in 2019. In total, 43 people have pleaded guilty including "Desperate Housewives" star Felicity Huffman, who received a 14-day prison sentence, and "Full House" star Lori Loughlin, who was sentenced to two months in prison.

(Reporting by Nate Raymond in Boston; Editing by Chizu Nomiyama and Estelle Shirbon)