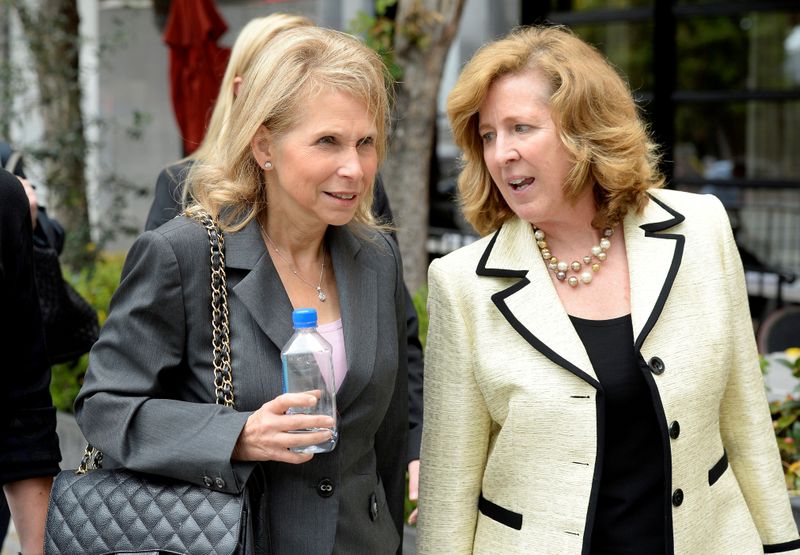 In a 157-page decision, Slights said it was reasonable to infer that the merger process was not fair and CBS "substantially" overpaid for Viacom.

Redstone's National Amusements Inc had controlled about 80% of the voting power of both Viacom and CBS, despite owning only about 10% of the respective shares.

Slights said the plaintiffs' claims "allow a reasonable inference that CBS's acquisition of Viacom was motivated not only by Ms. Redstone's concerns about Viacom's viability as a going concern, but also her desire to shop NAI following their consolidation."

He said the evidence suggested that CBS directors might have approved the merger to "appease" Redstone, who had a "dogged determination to make this deal happen one way or the other."

Lawyers for Redstone, the former CBS directors and the shareholders did not immediately respond to requests for comment.

The merger followed unsuccessful merger attempts in 2016 and 2018. Sumner Redstone had split the companies at the beginning of 2006. He died in August at age 97.

In a footnote, Slights quoted from "A Dance with Dragons," a 2011 novel by George R.R. Martin, some of whose works were adapted into the blockbuster HBO series "Game of Thrones."

He said the CBS and Viacom shareholders' "competing claims of unfairness call to mind the author's reference to the adage: 'A fair bargain leaves both sides unhappy.' Whether the adage proves true here remains to be seen."

The case is In re CBS Corp Stockholder Class Action and Derivative Litigation, Delaware Chancery Court, No. 2020-0111.