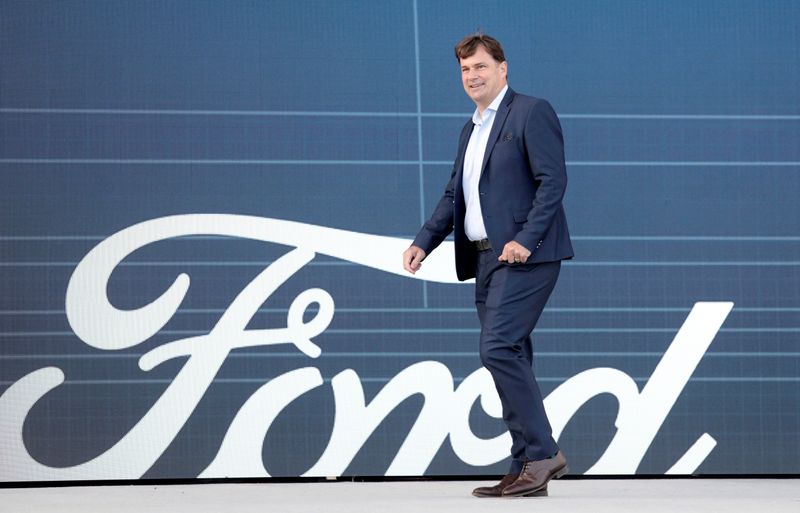 By Nick Carey and Paul Lienert

(Reuters) - Ford Motor Co (NYSE: F) has reversed course and is now considering making its own battery cells as sales volumes of electric vehicles rise around the world, the automaker's top executive said on Friday.

As recently as last July, then-CEO Jim Hackett said there was "no advantage" to Ford making its own battery cells.

In the meantime, other automakers, including General Motors Co (NYSE: GM) and Tesla Inc (NASDAQ: TSLA), are investing billions of dollars in their own battery cell manufacturing plants to supplement production from suppliers.

Industry analysts have presented sometimes conflicting views on whether battery cell manufacturers will be able to keep up with an anticipated acceleration of demand for electric vehicles through 2025 and beyond.

While Ford's publicly announced electric vehicle production plans so far have remained relatively modest, GM and Hyundai Motor Co <005380.KS> have said they plan to be building and selling one million electric vehicles a year by 2025, and Volkswagen AG