For one survivor, Holocaust memories live on only in faded photos 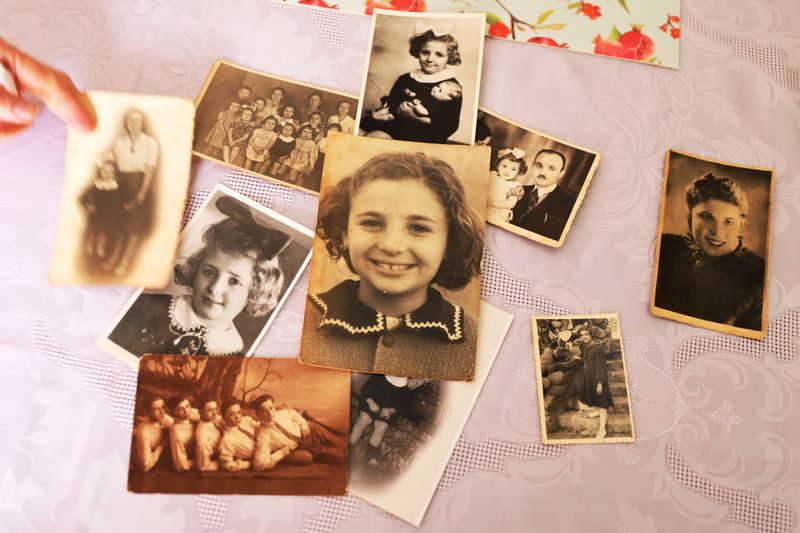 JERUSALEM (Reuters) - For some survivors of the Holocaust, the vow to "never forget" takes on a special meaning when they have only faded memories, or none at all, of parents they lost as young children.

Leah Nebenzahl was a baby when her parents, Pipha and Zvi Herschman, were murdered in Nazi-occupied Poland.

The Jewish infant, rescued by a priest who placed her in an orphanage run by nuns, survived World War Two as the adopted daughter of a Christian couple.

On Wednesday, Holocaust survivors mark the 76th anniversary of the liberation of the Auschwitz death camp by Soviet troops.

The stories and photos of Jewish youngsters, some of them orphans like Leah who were placed in seven children's homes for survivors in Europe after the war, are part of a new online exhibition - "My Lost Childhood" - by Israel's Yad Vashem Holocaust museum.

Many were reunited with relatives and went on to live their lives in Israel, the United States, Canada, Latin America and other places.

In her home in Jerusalem, Nebenzahl held up a photograph of herself as a baby. Her mother had sent it to the infant's grandmother after her birth in 1942.

"She signs as if she was me: 'Leah Herschman' - and that's how I learned my name that was given to me by my parents. This is the only source. That's why this is a historic photograph," she said.

Another photograph shows a woman clutching a baby.

"There is no doubt that I am the baby, and I assume that the woman who holds me is my mother, but it's not very clear because nothing was written (on the back of the photo)," she said.

After the war, Leah's aunt learned that her sister had given birth.

The aunt won a court custody battle against the adoptive parents in Poland and brought the child to Israel in 1949 after Leah was housed temporarily in one of the children's homes featured in the Yad Vashem exhibit.

Now a great-grandmother, Nebenzahl faces new risks from a coronavirus pandemic that has put the elderly particularly in danger.

But she said she still held fast to her life's motto - "to turn darkness into light and bitter into sweet".