For Beirut blast survivor leaving Lebanon, every day is Aug. 4 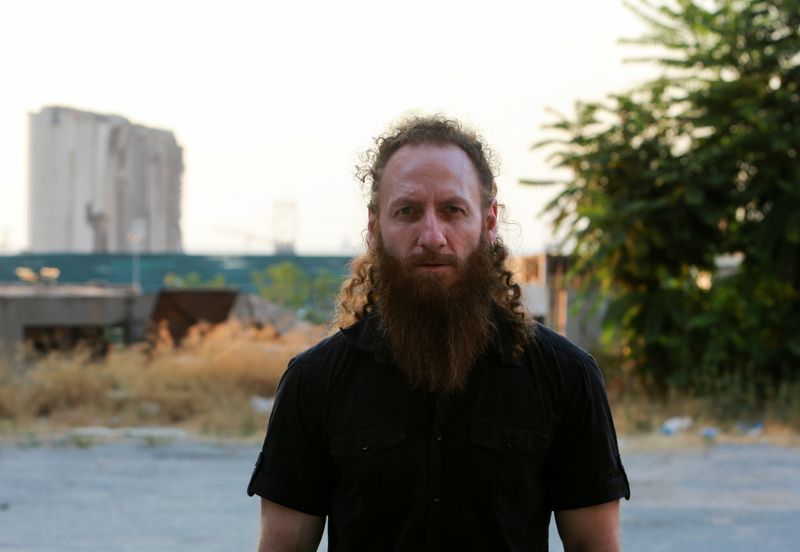 BEIRUT (Reuters) - For Beirut blast survivor Shady Rizk, time has stopped since Aug. 4 last year when a huge stockpile of ammonium nitrate exploded in the Lebanese capital's port opposite his office.

"Every day, I remember the blast or remember what happened that dreadful day."

The gigantic explosion killed more than 200 people, injured thousands, and destroyed large parts of the city.

Rizk was in the office where he works for an internet provider and was filming the smoke rising from an initial explosion at the port when the second blast hit.

It left him with 350 stitches all over his body and face, and partially impaired his vision.

Having survived the near-death experience, Rizk considers Aug. 4 his re-birth and he now wants to continue this new chapter of his life away from Lebanon.

"I don't feel safe in my country, this is why I want to leave...This is the hardest decision I took in my life," Rizk said.

He has now applied for immigration to Canada and plans to be there by October this year. Meanwhile, he still lives at his family house in a Beirut suburb with a view on the port, a daily reminder of his traumatic experience.

As Wednesday's anniversary of the blast nears, Rizk says his "internal angriness" grows, fuelled by the stalling of an investigation into the blast. He is one of many Lebanese angry at the lack of accountability one year later.

"No one has yet been arrested, no one resigned, no one is in jail...The truth is not yet known," Rizk said.

Rizk's doctor is still extracting glass from his body. And even though many of his scars have now been treated, he is "still healing" both physically and mentally.

"The internal scars are even worse, I may physically heal eventually but psychologically, I don't know when I will heal," he said, speaking as he stood in the street of his damaged office facing the port's wrecked silos.

Rizk is still unsure of his exact plans on the day of the blast anniversary. He fears it will bring back memories of "indescribable pain" but is certain he wants to be on the streets near the port, expressing his anger.