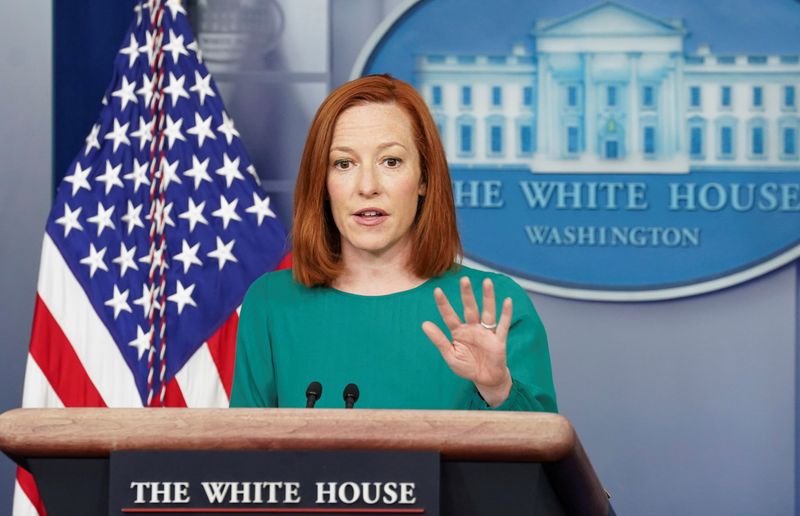 By Trevor Hunnicutt and Andrea Shalal

The $1.5 trillion budget, reflecting an 8% increase in base funding from the current year, would invest billions more in public transportation and environmental clean-ups, slash funding for a border wall and expand funding for background checks on gun sales, each goal clashing with the prior administration.

Nearly three months into a job consumed by the fight against the COVID-19 pandemic, the document offered a long-awaited glimpse into Biden's agenda and kick-starts a grueling negotiation with Congress over what will ultimately be funded.

Biden would increase spending by $14 billion across agencies to deal with the effects of greenhouse gas emissions, a shift from the Trump administration's dismissal of climate science.

The president would spend millions on dealing with rising numbers of unaccompanied children showing up at the country's southern border from Central America, including $861 million to invest in that region.

But his budget would provide no funding for the construction of a border wall, a signature Trump priority, and would increase funding for investigation of immigration agents accused of "white supremacy."

Among the biggest proposed increases in funding are for schools in poorer neighborhoods and on researching deadly diseases other than the COVID-19 pandemic that has dominated his term in office so far.

Biden would spend $6.5 billion to launch a group leading targeted research into diseases from cancer to diabetes and Alzheimer's, a program that reflects Biden's long desire to use government spending to create breakthroughs in medical research.

Biden requested some $715 billion for the Department of Defense, roughly even in inflation-adjusted terms with this year, and a compromise between liberals trying to impose cuts and hawks who want military spending to increase.

The money earmarked for the Pentagon aims to deter China, support modernizing the nuclear missile inventory and building "climate resiliency" at military facilities.

Known as a "skinny" budget, Biden's proposal on Friday provided only cursory figures on "discretionary" programs and departments where Congress has flexibility to decide what it wants to spend for the fiscal year starting in October.

The White House had been delayed in producing the document, blaming resistance from political officials during the handover from Trump and denying that competing interests over issues like military funding played a role.

The proposal does not include Biden's $2 trillion infrastructure proposal or changes in taxation, one administration official said. Those changes would be included in a full budget proposal to be submitted in late spring.

Discretionary spending accounted for $1.6 trillion in the 2020 fiscal year, about a quarter of total federal spending. The rest is for areas deemed mandatory including old-age, disability, unemployment and medical benefits.

Each of the proposals is just the first step in a budgeting process that will ultimately be decided in the U.S. House of Representatives and Senate, where Democrats hold bare majorities.

Biden withdrew his initial pick, Neera Tanden, to lead the Office of Management and Budget after she faced difficulty winning Senate approval. The office is currently run by acting director Shalanda Young.