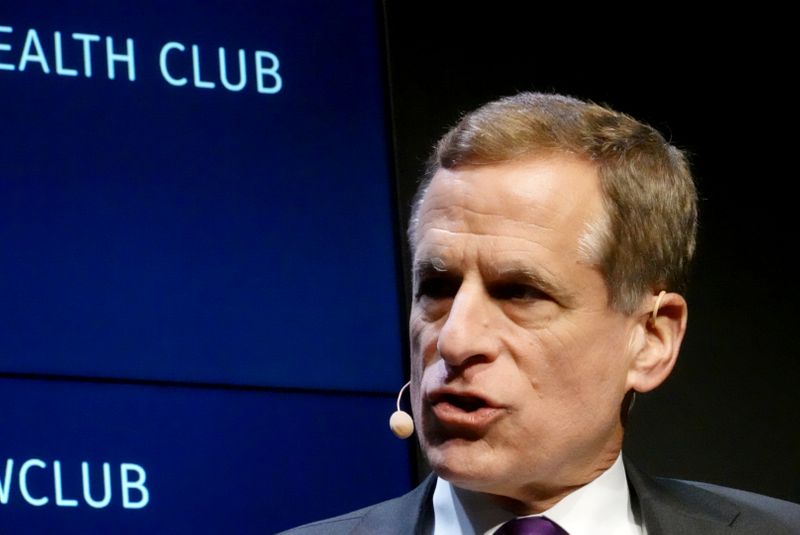 (Reuters) -Dallas Fed Bank President Robert Kaplan said on Monday that he still thinks it is possible the U.S. central bank could raise interest rates before the end of 2022, reaffirming the projection he made during the March policy-setting meeting.

"I haven't seen anything from that point to today that's changed my view," Kaplan said during a virtual town hall conversation organized by the bank.

The U.S. labor market has a "good chance" of being at full employment by then and of having inflation at the central bank's 2% target, Kaplan said.

Fed officials agreed last month to leave interest rates near zero and to keep purchasing $120 billion a month in bonds until the U.S. economy makes substantial further progress toward the Fed's goals for inflation and maximum employment.

Kaplan repeated his view that he would support trimming back the central bank's asset purchases sooner rather than later, and said the Fed would want to "telegraph" those plans in advance to give the market plenty of notice.

Inflation readings, which increased in recent months because of imbalances caused by the pandemic, should decline in the fall, Kaplan said. But some measures could remain elevated by year-end if some of the disruptions persist, he said.

The Fed will monitor inflation closely and will do what it can to ensure that consumers' inflation expectations remain anchored near the central bank's 2% target, Kaplan said.

"I don't think people listening should doubt the Fed's commitment to achieve that," he said.