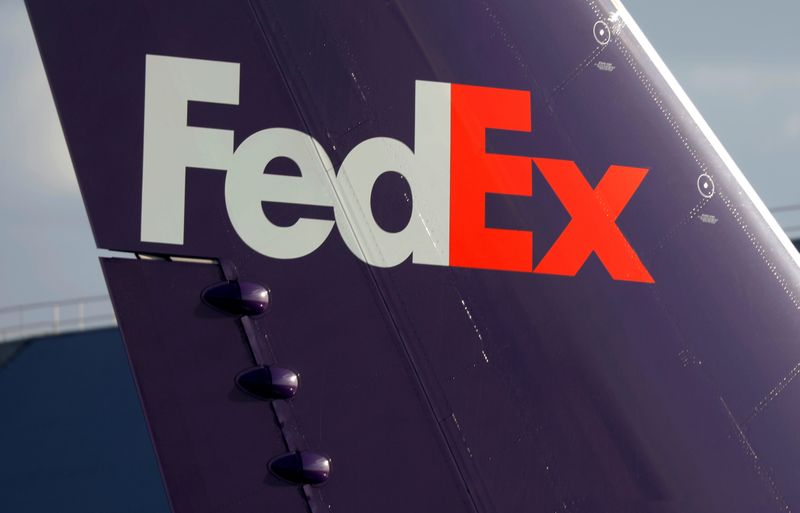 FILE PHOTO: A FedEx Express logo is seen on an airplane at Paris Charles de Gaulle airport in Roissy-en-France during the outbreak of the coronavirus disease (COVID-19) in France May 25, 2020. REUTERS/Charles Platiau

(Reuters) - Freight carrier FedEx Corp will temporarily relocate its Hong Kong-based pilots to San Francisco because it expects the Asian financial capital to establish strict 14-day hotel quarantine requirements for crew, it said in a memo to pilots.

The company said it did not think it was appropriate to subject Hong Kong-based crew members to extended periods of isolation, preventing them from seeing their families after finishing a trip.

"While we don't know what the rule will state, when it will precisely take effect, or how long it will last, we do not want unknowns to prevent us from taking action on what we understand may likely occur," FedEx System Chief Pilot Robin Sebasco said in the memo seen by Reuters, which was first reported by the South China Morning Post on Thursday.

A FedEx spokeswoman said it was developing steps to comply with potential quarantine measures in a way that prioritised the safety and well-being of staff while allowing it to continue to operate to Hong Kong.

The memo said the company would cover hotel costs and out-of-pocket expenses for pilots and their families in San Francisco, while continuing to pay their housing allowances in Hong Kong.

However, a Hong Kong-based FedEx pilot said on condition of anonymity that there were flaws in the plan. Many pilots have children in school in Hong Kong, he said, and regardless, it will be difficult for families to live in hotel rooms for weeks or months at a time.

Hong Kong's biggest airline, Cathay Pacific Airways Ltd, on Monday warned passenger capacity could fall by 60%, cargo capacity by 25% and cash burn would rise if the new quarantine arrangements were put in place.

Cathay, in an internal memo seen by Reuters, requested volunteers among its crew who could fly for three weeks, followed by 14 days of quarantine and 14 days free of duty, adding that it would be a temporary measure and not required for all flights.

(Reporting by Brenda Goh in Shanghai; additional reporting and writing by Jamie Freed)