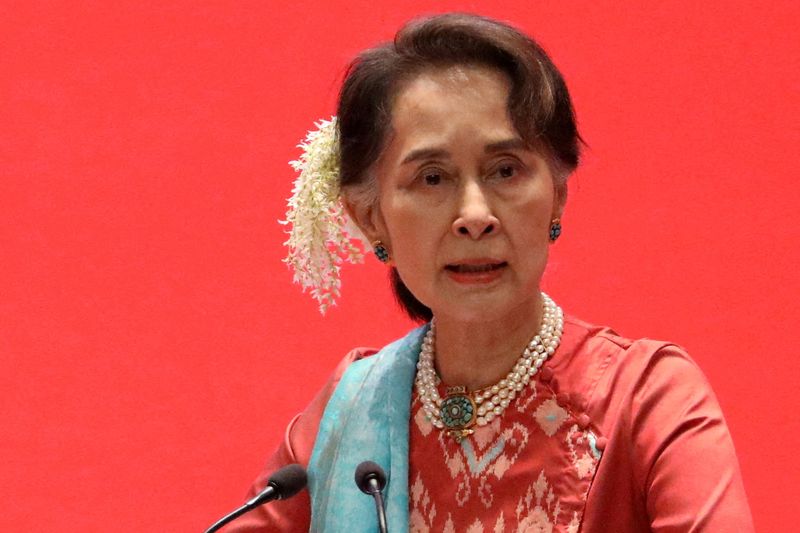 According to rights group the Assistance Association for Political Prisoners, more than 11,000 people have been arrested since the coup and around 8,000 remain in detention, while about 1,500 people killed by security forces.

The junta says those figures are exaggerated.

Here are some of the most prominent detainees:

Nobel Peace Prize laureate Suu Kyi led the elected government overthrown by the military and was arrested in an early morning raid on Feb. 1.

She is on trial in more than a dozen cases https://reut.rs/3rqE3g6 that carry combined maximum sentences of more than 100 years in prison. She denies all charges, which include breaching the colonial-era Official Secrets Act and corruption https://reut.rs/3IIZAIc.

She has been sentenced for incitement https://reut.rs/3y2BRhN, breaching COVID-19 rules and possession of walkie-talkies https://reut.rs/3tqSFyS. Her trial is ongoing. Suu Kyi spent 15 years under house arrest during the last era of military rule.

Suu Kyi's Australian economic adviser, Turnell, was arrested five days after the coup and is also charged under the Official Secrets Act, which carries a 14-year prison sentence.

Myanmar's ousted president and head of state, Win Myint, was also detained early on Feb. 1 when, according to his court testimony https://reut.rs/3DHDxPp, he was threatened if he refused to relinquish power. He was found guilty, together with Suu Kyi, of incitement and breaching coronavirus rules. His trial related to a corruption charge is ongoing.

A close aide to Suu Kyi and senior member of her political party, Win Htein, 79, was sentenced in October to 20 years in prison on charges of high treason https://reut.rs/3IIIF8q. He was a longtime political prisoner during decades of campaigning to end army rule before 2010.