Factbox-How could U.S. Senate Democrats raise the debt limit on their own? 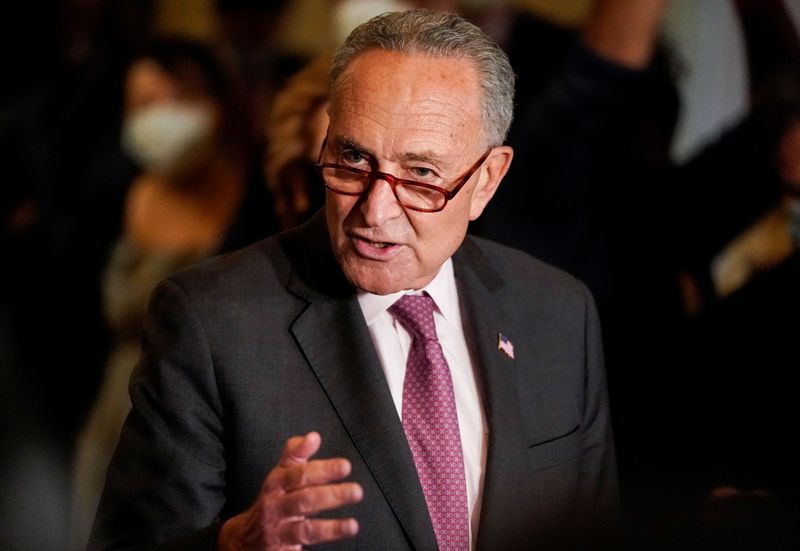 (Reuters) - The U.S. Congress has about two weeks to raise the federal government's $28.4 trillion debt ceiling or cause a historic default that would take a heavy toll on the economy.

The parties are deadlocked over how to do so. Minority Republicans want the Senate to use a parliamentary maneuver known as budget reconciliation, which would allow Democrats to act without Republican votes. Majority Leader Chuck Schumer has resisted that approach, preferring the measure to pass in regular order.

Here is the process the Senate would have to race through if Schumer were to blink, giving Senate Minority Leader Mitch McConnell his way and turning to reconciliation:

* The budget committees in the Senate and House of Representatives would have to write legislation enabling the debt limit to be raised through this arcane, tightly-controlled procedure.

* The Senate Budget Committee likely would deadlock 11-11 if all 22 members are present, preventing Chairman Bernie Sanders from sending such a bill to the full Senate.

* Schumer could then make a move on the Senate floor to "discharge" the stuck legislation from the budget panel. There would be a maximum of four hours of debate and then the Senate would vote on whether to instruct Sanders to release the bill to the floor.

* The Senate could then start debate for a maximum of 20 hours. But it would be open to a potentially large number of amendments in a procedure that is known as a "vote-a-rama." Amendments would have to be directly related to budgetary matters however. Vote-a-ramas are often all-night affairs.

* Following votes on amendments the Senate could vote to approve the debt limit bill and could do so with a simple majority of 51 votes.

* The House also would have to go through the process of debating and passing the bill, also by simple majority.

* As all of this is unfolding, global financial markets could become unsettled as Oct. 18 nears and Washington flirts with a default. Some Democrats have said it would be difficult to go through all these steps in time, an assertion McConnell dismisses.

* Democrats suspect McConnell wants all of this to unfold with no Republican fingerprints on the legislation, easing the way for Republican attack ads against Democrats in the 2022 congressional elections.