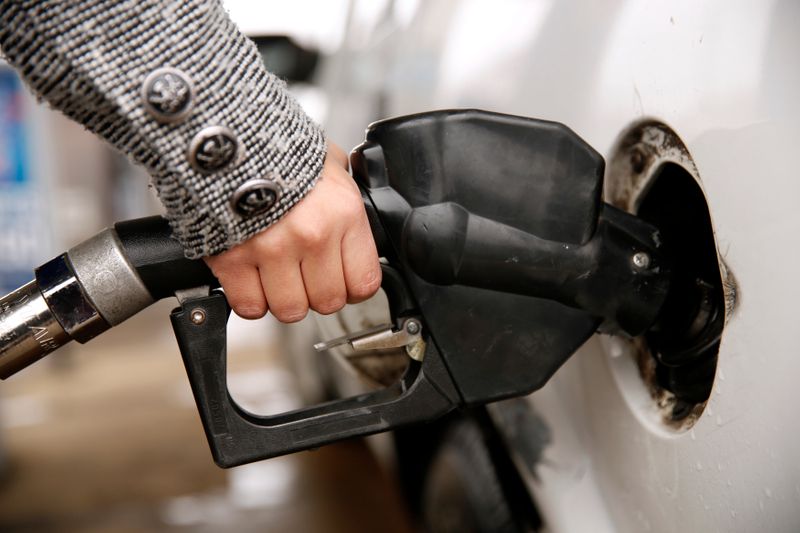 NEW YORK (Reuters) -The largest U.S. fuel pipeline system, Colonial Pipeline, shut down on Friday after a cyberattack. Nearly half the fuel consumed in the populous eastern United States passes through the network.

WHAT'S THE OUTLOOK FOR PUMP PRICES?

Prices at gasoline stations are expected to rise if the outage continues. Retail prices across much of the United States follow the lead of benchmark New York gasoline futures. Trading in those futures opened for the week on Sunday up more than 3%, hitting the highest level in three years.

Retail prices began to creep up at the weekend. The national average price increased a cent on the gallon since Friday to $2.962 a gallon, according to Jeanette Casselano, a spokeswoman for the American Automobile Association.

WHERE IS MOST LIKELY TO SEE PRICE RISES?

The southeast of the United States is the area most dependent on the pipeline and most likely to see supply disruption and price rises.

Previous prolonged shutdowns of the Colonial system have caused gas prices to surge there. In Georgia, for example, gasoline prices rose by more than 30 cents a gallon after a leak forced a 10-day shutdown on the line in 2016.

Demand in some states served by the pipeline - including Alabama, Florida, Georgia and Tennessee - rose about 4.3% on Saturday compared to a week earlier, said Patrick DeHaan, head of petroleum analysis at GasBuddy. He warned drivers against panic buying.

"Rushing out and filling your tank will make the problem much much more acute and likely double or triple the length of any supply event, if it comes to that," DeHaan said.

New York and the rest of the U.S. East Coast has access to foreign supplies - typically shipped from Europe. But relying on those could lead to pump price increases too, since foreign shipments are typically more expensive than domestic supplies.

WILL AIR TRAVEL BE IMPACTED?

The Colonial Pipeline also supplies jet fuel to major airports across the United States and a prolonged outage could have an impact on air traffic, if supply disruptions become severe.

The RDU has more than 11 days of fuel on hand, a spokesperson told Reuters.

The pipeline also provides fuel for the U.S. military across bases in the area it covers.

WHAT IS COLONIAL PIPELINE?

The 5,500-mile system runs between Houston, Texas, and Linden, New Jersey, and transports more that 2.5 million barrels of fuel every day. That is about 45% of all fuel consumed on the heavily populated U.S. East Coast.

There are alternative pipelines serving some of the areas that receive supplies from Colonial Pipeline's network, but none have the capacity to fully replace Colonial.

Supplies would be distributed by road and rail if the outage is prolonged. That would be more expensive than by pipeline and contribute to higher pump prices.

The U.S. Department of Transportation issued a temporary waiver in 17 states that would allow truckers to work longer hours.