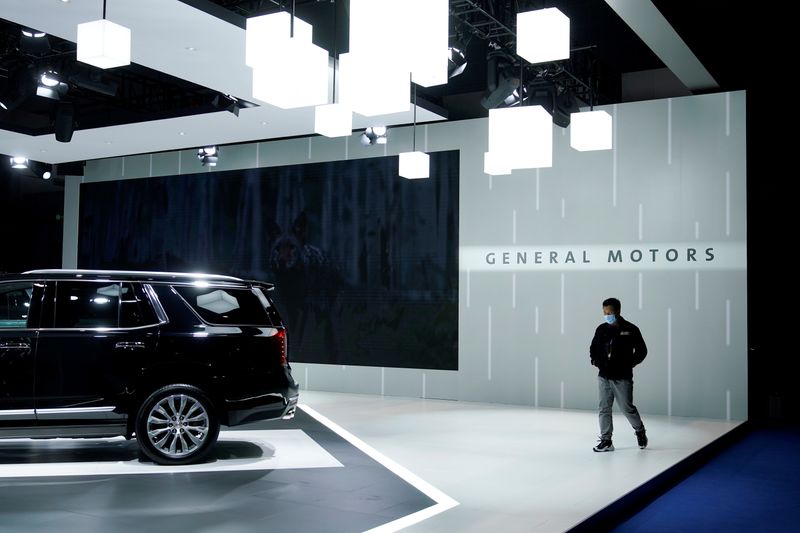 SHANGHAI (Reuters) - General Motors Co (NYSE: GM) plans to sell full-size sport-utility vehicle (SUV) models in China for the first time, and will import a range of models to beef up its product lineup into the world's biggest car market, its China chief told Reuters.

The plan would mark a change of tack for GM, which currently produces all of the vehicles it sells in China within the country, which is set to be the only major economy to grow this year amid the COVID-19 pandemic.

GM, China's second-biggest foreign automaker, is aiming to offer four models as it looks to improve its brand image and support a sales recovery: Chevrolet's Tahoe and Suburban, Cadillac's Escalade and the GMC Yukon Denali.

The Detroit-based company is showcasing those models at the China International Import Expo, or CIIE, an annual import show in Shanghai which started on Wednesday and runs into next week.

"Our intention is to get customer reaction and find a way to sell these cars in China," said GM's China chief Julian Blissett.

The automaker sees opportunities for such vehicles, partly because Chinese families are expanding, he added.

"We are looking into a variety of market sales plans for these vehicles, including online sales, leasing and others," he said, declining to give a detailed timeframe for the plan.

GM's Buick and Cadillac mid-size SUVs helped the group's Chinese sales grow 12% in the third quarter this year, the first quarterly growth in the past two years.

But it does not have full-size SUV models, which usually have a third row of seats and has room for six or seven people.

China, where over 25 million vehicles were sold last year, is a crucial battleground for global automakers including Volkswagen AG

The country has seen an auto sales pick up in recent months following a COVID-19-induced slump, and authorities say they have largely brought the epidemic under control following its emergence in the central city of Wuhan at the end of last year.

The expansion plan would also mark GM's first official sales in China of GMC vehicles, a premium brand in the group. Previously GMC vehicles were only sold in the country via unofficial grey importers.

The imports will, however, not change GM's basic production strategy in China. It will still mostly sell vehicles made in China - for now, at least.

"Depending on however we go we might make other decisions," Blissett said.

The company's rivals, from Tesla Inc (NASDAQ: TSLA) to BMW