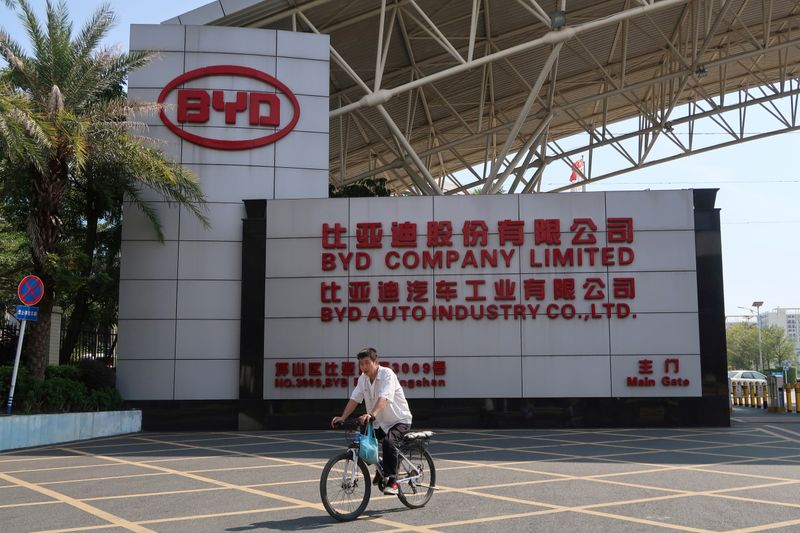 By Yilei Sun and Norihiko Shirouzu

Policymakers in the world's biggest auto market may also delay the implementation of a new emission particle restriction by six months to help the car industry, which has suffered a 79% drop in sales in February and expects a fall of around 10% in the first half of this year.

The United States had already planned to relax vehicle emissions rules. President Donald Trump's administration on Tuesday completed a rollback of vehicle emissions standards adopted under predecessor Barack Obama. This will require 1.5% annual increases in efficiency through 2026 - much weaker than the 5% increases under the previous regime.

"Policymakers acknowledged that automakers are strained to promote electric models when overall demand is slowing. They want the auto industry to recover steadily this year," one of the four people familiar with the matter said.

Authorities are still reviewing the details of the plan, which has yet to be finalised, sources said, declining to be named due to the sensitivity of the matter. The review is being discussed with officials at industry and environment ministries as well as automakers and industry bodies.

The policy shift comes as Xin Guobin, vice industry minister, said on Monday that China would "make adjustments on new energy vehicles and related policies to further promote the coordinated and healthy development of the automotive industry."

China hopes NEVs, such as battery-powered electric vehicles, plug-in hybrid and hydrogen fuel-cell cars, will account for around a quarter of all cars sold in the country in 2025, up sharply from 5% in 2019.

As a result carmakers, including Tesla (NASDAQ: TSLA), Volkswagen

The change in policy is largely aimed at helping automakers focus on selling more profitable gasoline cars to improve their cash flow. But a small group of companies -- mostly Chinese automakers such as BYD <002594.SZ> -- are already making money from electric vehicle sales.

The temporary easing of NEV quotas is likely to allow companies to delay new model launches, which have more costly technology than conventional vehicles, and also discourage them from aggressive marketing.

"Even though production has resumed to a relatively high level, it is possible that some enterprises would cut production in the subsequent period due to insufficient market demand and increased inventories," he said.

To spur demand, China said late on Tuesday that it will extend subsidies for NEV purchases and extend their purchase tax exemption for two years.