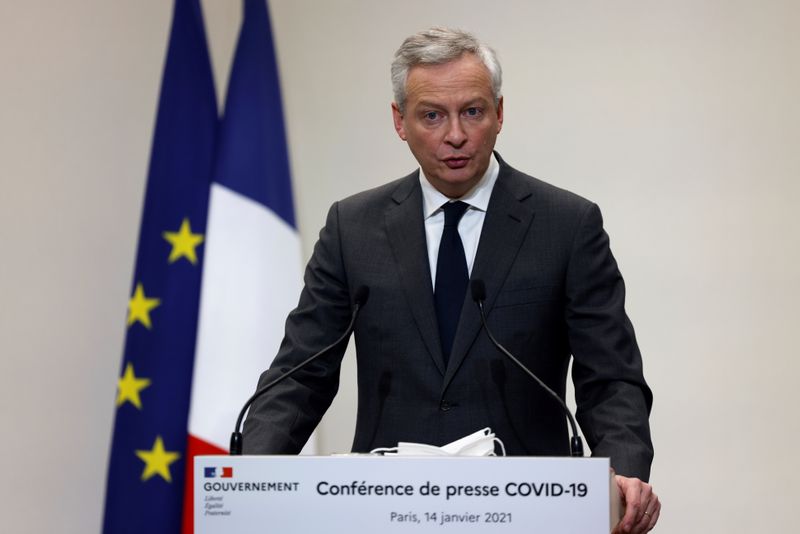 The decision to end merger talks came after a meeting on Friday between French Finance Minister Bruno Le Maire and Couche-Tard's founder and chairman, Alain Bouchard, the sources said, speaking on condition of anonymity as the matter is confidential.

Earlier on Friday, France ruled out any sale of grocer Carrefour on food security grounds, prompting the Canadian firm and its allies to mount a last-ditch attempt to salvage the deal.

"Food security is strategic for our country so that's why we don't sell a big French retailer. My answer is extremely clear: We are not in favour of the deal. The no is polite but it's a clear and final no," Le Maire said.

Couche-Tard was hoping to win the government's blessing by offering commitments on both jobs and France's food supply chain and by keeping the merged entity listed in both Paris and Toronto, with Carrefour boss Alexandre Bompard and his Couche-Tard counterpart Brian Hannasch leading it as co-CEOs, one of the sources said.

The plan included a pledge to keep the new entity's global strategic operations in France and having French nationals on its board, he said.

Couche-Tard, advised by Rothschild, was also going to pump about 3 billion euros of investments into the French retailer which was working on the deal with Lazard.

The proposal was widely backed by Carrefour which employs 105,000 workers in France, its largest market, making it the country's biggest private-sector employer.

France's rejection of the deal less than 24 hours after talks were confirmed sparked grumbling in some business circles over how French President Emmanuel Macron, a former investment banker, is turning away foreign investment.

Some politicians and bankers said the pushback could tarnish Macron's pro-business image, while others highlighted that the COVID-19 crisis had forced more than one country to redefine its strategic national interests.

Amid a trans-Atlantic flurry of lobbying, Couche-Tard's Bouchard - who started his convenience store operations in 1980 - flew to Paris to explain the merits of the deal to Le Maire, the source said.

But the finance minister reiterated his opposition without listening to the terms of the transaction and said any such deal should not be revisited before France's presidential elections in 2022, the sources said.

Couche-Tard initially explored the possibility of pursuing its offer despite the government's stance on the deal, but later decided to raise the white flag and avoid a political storm, one of the sources said.

One Canadian government official, who asked not to be named because they were not authorised to speak to the media, said that while it was understandable that the French government did not want the country's largest employer to pass into foreign hands for political reasons, "one cannot accuse a Canadian flagship like Couche-Tard of endangering the entire countryâs food sovereignty."

Canadian Prime Minister Justin Trudeau, asked earlier about the prospects for a deal, said he would always be there to help Canadian firms succeed internationally.

Couche-Tard, which is mainly focused on gas stations in North America, shelved a $5.6 billion buyout plan for gas station chain Caltex Australia in 2020 as fuel demand plunged due to the coronavirus outbreak.

Carrefour launched a five-year overhaul plan in 2018 to cut costs and boost e-commerce investment to contend with online competitors as well as domestic rivals such as Leclerc. It has also expanded into convenience stores to reduce reliance on the big hypermarkets that still account for the bulk of its sales.

With food retailers across the world benefiting from surging demand as more consumers stay home during the COVID-19 pandemic, Carrefour reported robust third-quarter results in France as well as other key markets in Brazil and Spain.

CEO Bompard has repeatedly said the retail sector was bound to consolidate and that his mission was to ensure Carrefour emerged as a winner.

(Reporting by Pamela Barbaglia in London and Gwenaelle Barzic in Paris; Additional reporting by Allison Lampert in Montreal and Steve Scherer in Ottawa; Editing by Matthew Lewis and Sonya Hepinstall)