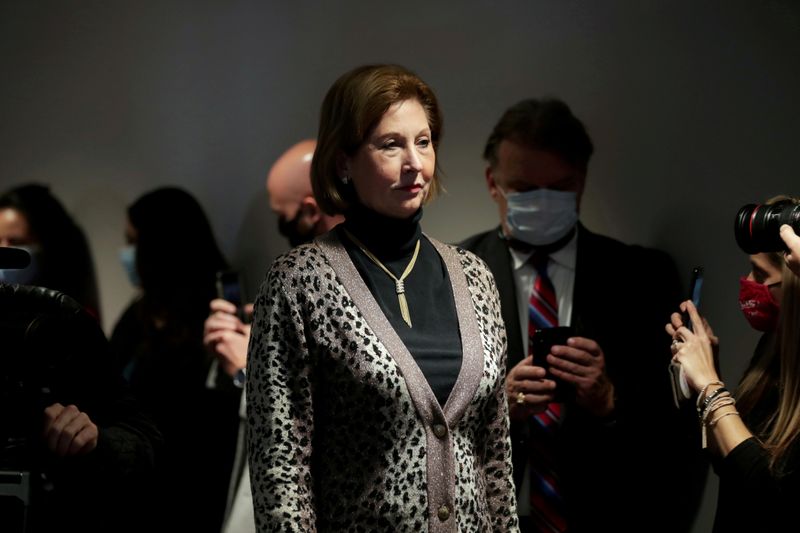 (Reuters) - Sidney Powell, a lawyer who advised President Donald Trump's campaign, asked a judge on Monday to throw out a $1.3 billion lawsuit accusing her of spreading false conspiracy theories about the November presidential election.

Powell said in a filing in federal court in Washington that there was a "no basis" for the lawsuit brought by Dominion Voting Systems Inc in January.

Powell, represented by three lawyers, argued that claims she made about Denver-based Dominion were protected by the right to free speech under the First Amendment of the U.S. Constitution.

She said her claims about Dominion were meant to be hyperbolic, and that "reasonable people would not accept such statements as fact but view them only as claims that await testing by the courts through the adversary process."

In later media appearances, Powell falsely claimed that Dominion was created in Venezuela to rig elections for that countryâs late president, Hugo Chavez, and that Dominion bribed Georgia officials for a no-bid contract.

Trump referred to Powell as one of his âwonderful lawyers and representativesâ in a Nov. 14 tweet.

Giuliani and another Trump legal adviser, Jenna Ellis, later distanced themselves from Powell, saying in a statement released by the campaign that Powell "is not a member of the Trump Legal Team."

Dominion has a similar lawsuit pending against Giuliani, which also seeks $1.3 billion in damages. He has also said his remarks were constitutionally protected speech.

For two months after losing his re-election bid to Biden, Trump loudly argued that he lost due to rampant electoral fraud, claims that were rejected by multiple courts and state election officials.