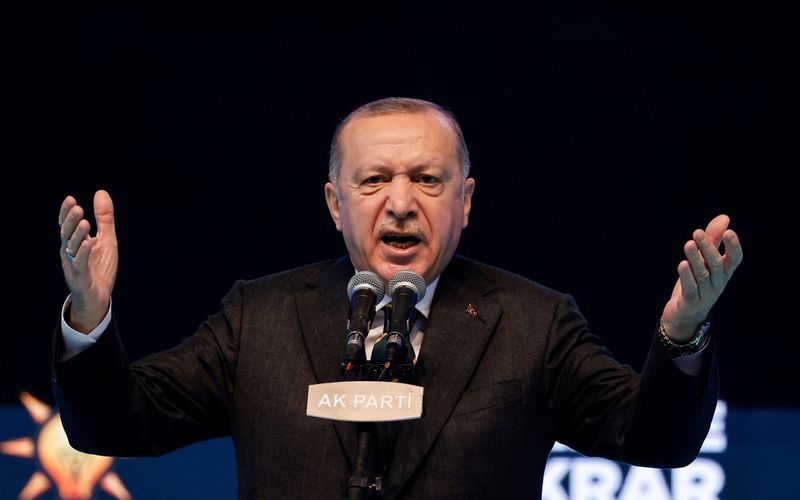 ANKARA (Reuters) - Turkish President Tayyip Erdogan told Pope Francis in a phone call that the international community should impose sanctions on Israel for its actions against the Palestinians, and he urged the pontiff to keep speaking out on the conflict, Erdogan's office said on Monday.

About 200 people have been killed in Gaza by Israeli bombardments and 10 people killed in Israel by militant rockets in the past week of fighting.

Turkey has condemned the violence and accused Israel of carrying out "ethnic, religious and cultural cleansing". Pope Francis on Sunday said mounting casualties from the conflict were unacceptable.

The Turkish presidency said Erdogan told Pope Francis that Israel was threatening regional security and that the international community should "teach Israel the deterrent lesson it deserves".

"Erdogan...underlined that Palestinians would continue to be subjected to massacre as long as the international community did not punish Israel - which is committing humanitarian crimes - with sanctions," it said in a statement.

He also "emphasized that the continued messages from Pope Francis carried great importance in mobilizing the Christian world and international community," it said.