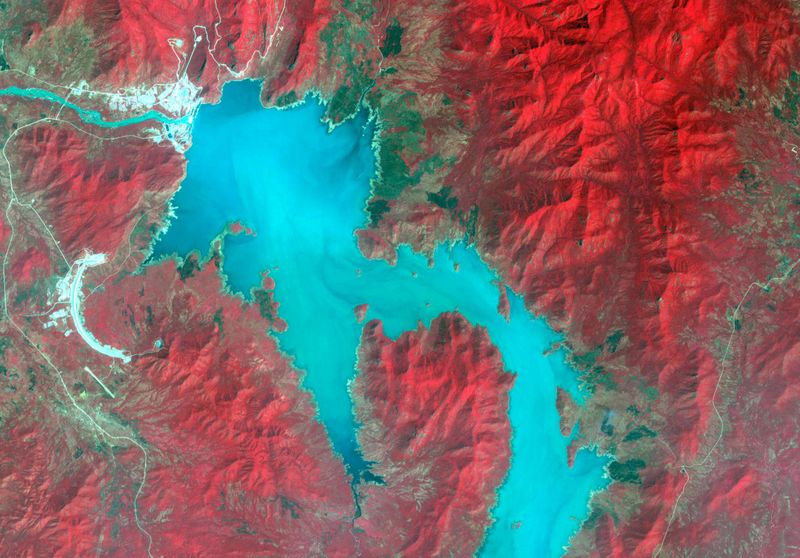 CAIRO (Reuters) - Egypt and Sudan on Saturday rejected an Ethiopian proposal to share data on the operations of its giant hydropower dam on the Blue Nile after negotiations between the three countries in Kinshasa this week ended without progress.

Ethiopia is pinning its hopes of economic development and power generation on the Grand Ethiopian Renaissance Dam, which Egypt fears will imperil its supply from the Nile. Sudan is also concerned about the impact on its own water flows.

âEthiopia invites Sudan and Egypt to nominate dam operators for data exchange before the filling of GERD in upcoming rainy seasons,â the Ethiopian foreign ministry wrote in a tweet on Saturday.

But Cairo and Khartoum maintained that they are seeking a legally binding agreement over the operations of the dam, which Addis Ababa says is crucial to its economic development.

âSudan believes that exchanging information is a necessary procedure, but that the Ethiopian offer to do so in the manner indicated by their letter implies suspicious selectivity in dealing with what has been agreed upon,â the Sudanese irrigation ministry said on Saturday.

After the Kinshasa meeting, Ethiopia emphasized that the second-year filling of the dam reservoir would be carried out as scheduled.

Sudan will hold 600 million cubic meters (785 million cubic yards) of water at its Jebel Awliya reservoir to âensure the continued operation of the pump stations on the White Nile and the Nile river to meet agricultural and drinking water needsâ in preparation for Ethiopiaâs second fill, Sudanâs state news agency SUNA reported on Saturday.

The Egyptian irrigation minister on Saturday told a local television talk show that while reserves at the Aswan High Dam could help stave off the effects of a second fill, his chief concern was drought management.

Sudan and Egypt had proposed including the European Union, the United States and the United Nations as mediators in addition to ongoing African Union facilitation of the talks. Both countries said Ethiopia rejected the proposal during the Kinshasa meeting.