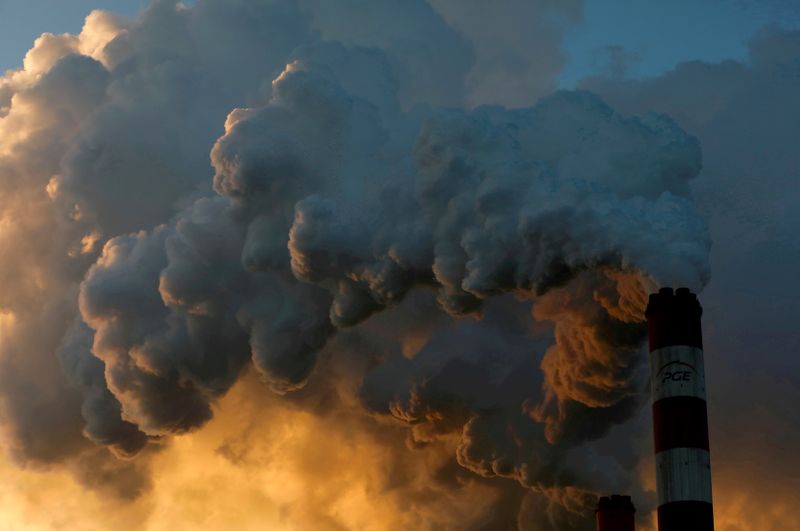 BRUSSELS (Reuters) - The European Union's executive will push for a 10-year phase-out of the protection for fossil fuels under an international energy treaty, following calls from some countries to quit the accord unless it can be aligned with Europe's climate goals.

The more than 50 signatories to the Energy Charter Treaty will next month resume talks to update the agreement, which was created in the 1990s to protect international energy investments.

It has faced mounting criticism from European governments and environmental groups that say it undermines efforts to end fossil fuel use because it allows foreign investors to sue countries over policies that affect their investments.

RWE this month used the treaty to seek compensation from the Dutch government over its plan to phase out coal-fuelled power by 2030, which would affect the German utility's Eemshaven power plant.

The European Commission on Monday submitted its proposal to reform the treaty.

The proposal, seen by Reuters, would immediately end protections for new investments in coal and oil, plus power produced from these sources.

New investments in natural gas-fuelled power infrastructure would retain their protection until end-2030, if they emit less than 380g of CO2 per kWh and can use low-carbon gases.

If such gas plants replace more-polluting coal, they would be protected for 10 years after the treaty amendment takes effect, or until 2040 at the latest. This timeline would also apply to protections for existing investments in any fossil fuels.

EU countries are divided over the treaty's reform, with Spain and France raising the possibility of EU countries leaving it.

Austria said on Tuesday it supported a 10-year phase-out of fossil fuel protections, but that any new protections for hydrogen must focus on renewable hydrogen.

Under the EU proposal, the treaty would protect hydrogen produced using fossil fuels, if carbon capture technology is used to curb the resulting emissions.

Campaigners said meaningful reforms were unlikely, since changes would need unanimous support from all signatories - among them Japan, Turkey and the EU states except for Italy.

"The only option going forward, if we would like to have a Paris-compliant treaty, is the EU withdrawal (from the Energy Charter Treaty)," said Yamina Saheb, senior climate policy analyst at think tank OpenExp, referring to the international Paris Agreement to tackle climate change.