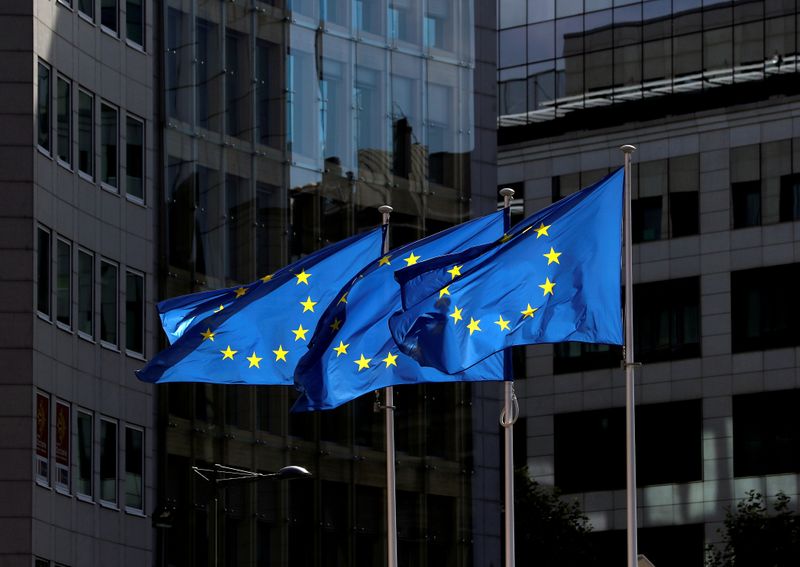 LONDON (Reuters) - The European Union will consider potential lessons from the recent frenzied trading by retail investors on Wall Street in its broad review of consumer protection in markets, a senior European Commission official said on Friday.

The rise of retail investors in share trading is a trend that cannot be prevented but it has to be managed, said John Berrigan, head of the EU executive's financial services unit.

"We want to take a European perspective and not assume that what happened in the U.S. can happen here," Berrigan told an EU online event.

Online trading came to the fore last month after retail investors following the Reddit forum WallStreetBets piled into GameStop Corp share via the Robinhood platform, sending the retailer's stock rocketing more than 1,000% at the expense of prominent investors who had bet against the stock.

Berrigan said the EU traditionally looked at consumer protection on an activity-by-activity basis, but had already begun a "horizontal" review across all sectors before the GameStop event.

"We are going to add this latest development to that strategy," he said.

The EU already has stringent rules on short-selling and no-fee models at U.S. platforms like Robinhood would not be allowed in some member states, Berrigan said.

The EU wants more retail participation to deepen its capital market, but some types of online platforms attractive to small investors can lead them "into areas we would not want them to go", he said.

The bloc's securities watchdog ESMA said this week it was looking at zero-commission platforms, and the role of payment-for-order-flow, or brokers that reward platforms that channel trades to them.