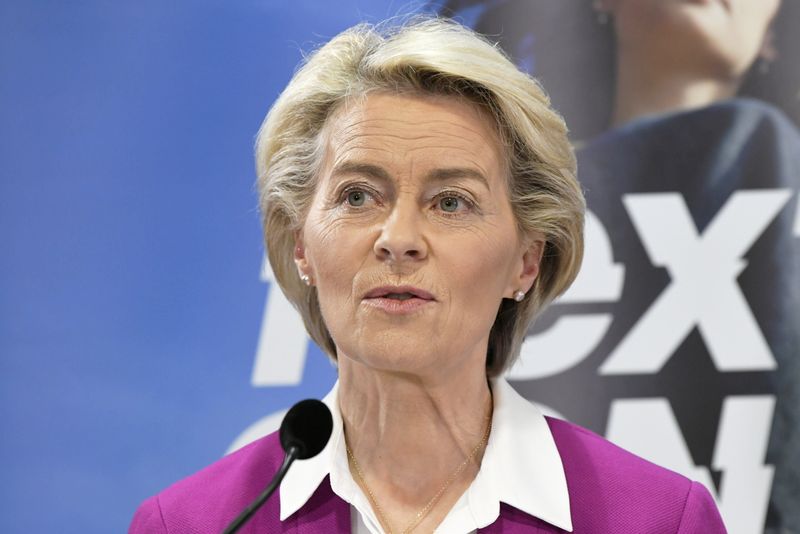 BRUSSELS (Reuters) - European Union leaders will discuss later in October the idea of setting up an EU strategic gas reserve and the decoupling of electricity prices from gas prices, the head of the European Commission Ursula von der Leyen said on Tuesday.

Speaking to reporters in Estonia, von der Leyen said the surge in electricity prices for European consumers was mainly a result of much more expensive gas as global demand has picked up but key European gas suppliers like Russia, have not increased the supply.

"For gas we are heavily dependent on imports -- 90% of gas is being imported. Globally the economies are picking up so demand is rising, but the supply is not rising accordingly. We are very grateful that Norway is stepping up its production, but this does not seem to be the case in Russia," she said.

Von de Leyen said the EU had to invest in renewable sources of energy because that would make it independent of imports and stabilise prices. But more immediate steps would be the subject of the next EU summit on Oct 21-22.

"In the short term, we will discuss in the European Council, not only tonight, but in two weeks in the formal council how to deal with storage, a strategic reserve and we will have a look at the overall price composition of the electricity market because, if electricity prices are high it is because of the high gas prices, and we have to look at the possibility to decouple within the market, because we have much cheaper energy like renewables," von der Leyen said.