EU govts working hard on Recovery Plan, any difficulties will be seen at end: Von der Leyen to paper 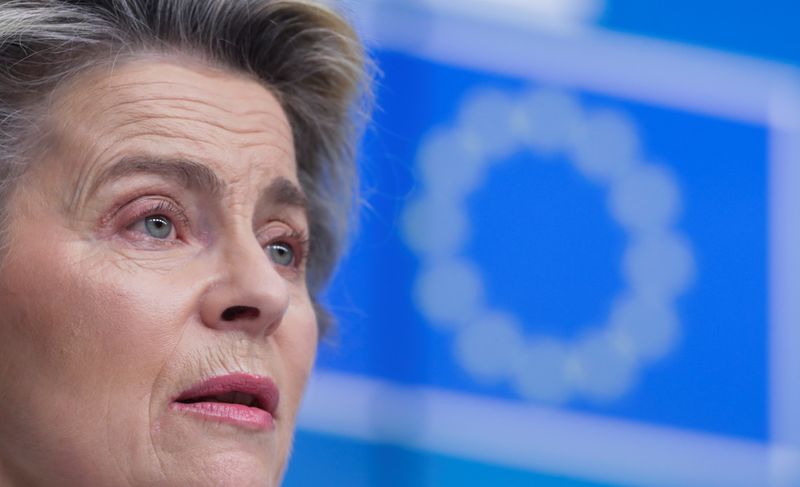 FILE PHOTO: European Commission President Ursula von der Leyen speaks during a news conference at the end of a video conference of the members of the European Council on the coronavirus disease (COVID-19), in Brussels, Belgium January 21, 2021. Olivier

MILAN (Reuters) - European governments are working hard on the Recovery Plan and any difficulties will be seen at the end, the president of the European Commission said on Tuesday, when asked whether she was worried about possible delays due to Italy's political crisis.

"I expect that member states ratify the Recovery Plan in time because it is in their interest to do so so that the Commission can go to the markets to collect the money," Ursula von der Leyen told daily la Repubblica in an interview.

Von der Leyen added that Astrazeneca would provide 40 million doses of anti-COVID vaccines in Europe in the coming two months and "we expect it will make up for cuts seen in first quarter".

She also confirmed the target to vaccinate 70% of Europe's adult population by the summer, adding that 300 million doses of Pfizer, Moderna and Astrazeneca vaccines were coming in the second quarter and, if approved, further 80 million vials from Johnson&Johnson and Curevac.