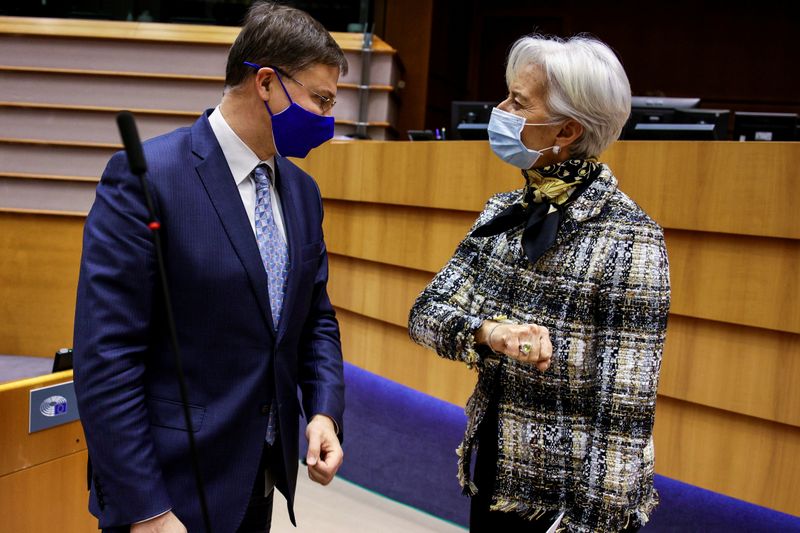 BRUSSELS (Reuters) - The European Union has had positive, early contact with the Biden administration on trade, but will need to wait for a new U.S. trade representative to be in place for real talks to begin, the EU trade chief said on Monday.

Dombrovskis described the state of talks as "preliminary" after a discussion with Brian Deese, the director of the White House's National Economic Council, last week to outline the EU's position.

Real engagement would be possible once Katherine Tai, nominated to be the next U.S. trade representative, was in place.

"That can be happening, as I understand, rather soon and that's when we can engage in earnest," Dombrovskis said.

U.S. experts believe she is likely to be sworn in around the end of February.

The bloc wants to cooperate on climate change and digital aspects of trade, but also to clear "trade irritants" - U.S. tariffs on EU steel and aluminium and mutual tariffs related to a dispute over aircraft subsidies.

Dombrovskis said the EU offer was for both sides to withdraw these tariffs, or at least suspend them for half a year.

In the case of metals tariffs, both sides should instead focus on overcapacity, particularly in China, and on rules governing civil aviation given emerging competitors.

Dombrovskis also welcomed a U.S. reversal of its previous opposition to Nigeria's Ngozi Okonjo-Iweala becoming the next director general of the WTO.

"This is a first necessary step," Dombrovskis said.

"There is nothing fundamentally missing. It's just the U.S. should stop blocking appointments ... but we are ready to listen to how the U.S. sees this process from their side," he said.

(Reporting by Philip Blenkinsop and Jan Strupczewski in Brussels; Editing by Matthew Lewis)