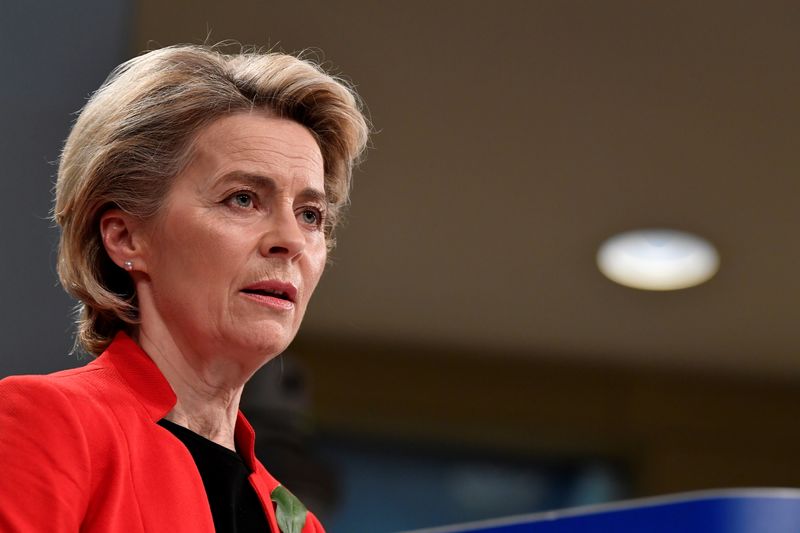 ROME (Reuters) - European Commission President Ursula von der Leyen called for a greater openness and reciprocity on vaccine exports, speaking in a newspaper interview about an ongoing row with Britain and the United States over vaccine deliveries.

"I ask for greater openness as Europe is among the regions in the world that exports the most, but reciprocity is needed," she told Italian daily la Repubblica.

She added that the European Union was in contact with the United Kingdom over vaccine exports but declined to give details of her talks with British Prime Minister Boris Johnson.

Von der Leyen said the issue of reciprocity and the required mechanism would be discussed with other European countries at a meeting next Thursday.

The EU president also said she was "extremely confident" that Europe's goal of vaccinating 70% of its adult population by the end of the summer would be reached despite the recent suspensions and delays of the AstraZeneca vaccine after reports of blood clots in people who had received the shot.

She added that Russia's Sputnik vaccine was still under review and that there was no evidence as yet of production capacity for the vaccine, a detail required for approval by Europe's EMA medicines regulator.