ECB wants veto power on stablecoins in the euro zone 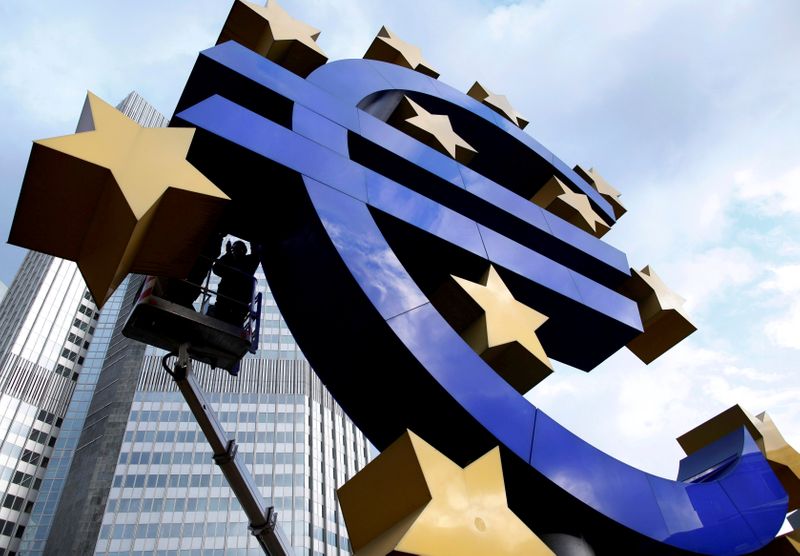 FRANKFURT (Reuters) - The European Central Bank wants veto power on the launch of stablecoins such as Facebook's Diem in the euro zone and a greater role in their supervision, it has told European Union lawmakers.

Central bankers around the world are worried that the rise of cryptocurrencies, especially stablecoins which derive their value from one or more official currencies. They fear that could dent control over payments, banking and, ultimately, the supply of money.

The EU set out plans in September to create comprehensive rules for crypto-assets, including stress tests as well as capital and liquidity requirements, saying Facebook would have to adhere to them before launching its proposed stablecoin in the bloc.

In a legal opinion on the EU rules, the ECB said it should have the final word on whether a stablecoin should be allowed to launch in the euro zone without jeopardising its control over inflation or the safety of payments.

"Where an asset-reference arrangement is tantamount to a payment system or scheme, the assessment of the potential threat to the conduct of monetary policy, and to the smooth operation

of payment systems, should fall within the exclusive competence of the ECB," the ECB said in the opinion dated Feb 19.

It added the proposed EU rules should be changed to say that its opinion on the matter is binding for national authorities assessing applications to issue stablecoins.

Facebook was originally planning to launch a stablecoin, named Libra, backed by a basket of official currencies, but it scaled down the project last year after a regulatory backlash. It now aims for a dollar-backed digital coin, named Diem.

The ECB said issuers of stablecoins should be subject to "rigorous liquidity requirements" similar to those applied to money market funds, including significant cash reserves, to help them withstand large client outflows.

Companies selling tokens linked to several currencies "should at a minimum grant end-users a direct claim on the issuer or on the reserve assets and redemption rights", the ECB added.

The ECB is working on its own digital euro, hoping to launch it within the next four years. It won't be subject to EU rules on private digital currencies.

ECB President Christine Lagarde said in a Reuters interview last month that regulation of cryptoassets like bitcoin should be global to close all loopholes.