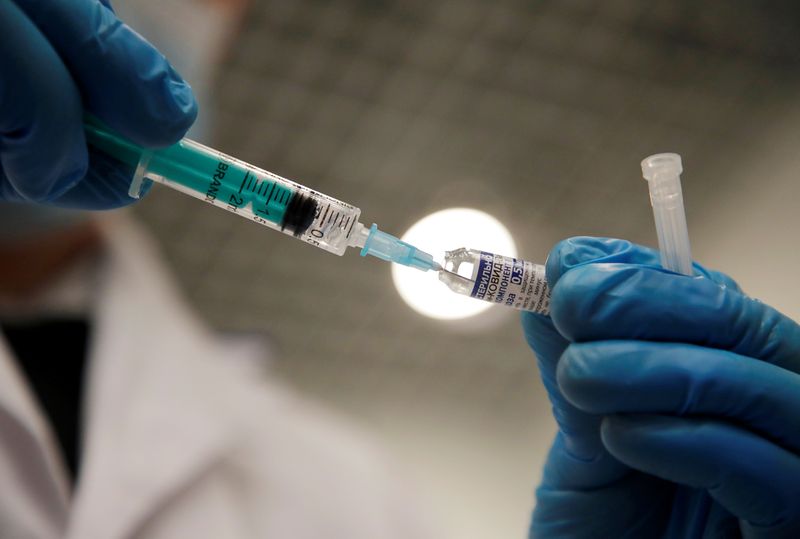 MOSCOW (Reuters) - The developers of Russia's Sputnik V vaccine against COVID-19 on Tuesday questioned the European Medicines Agency's (EMA) neutrality, after an official with the regulator urged EU states to refrain from approving the shot for now.

EMA management board chief Christa Wirthumer-Hoche told an Austrian talk show on Sunday that she would advise European Union countries against granting Sputnik V national emergency authorisation while EMA was still reviewing its safety and effectiveness.

"We demand a public apology from EMA's Christa Wirthumer-Hoche for her negative comments..., (which) raise serious questions about possible political interference in the ongoing EMA review," the developers wrote on the official Sputnik V Twitter account.

In a written response, the Amsterdam-headquartered EMA said its review process for possible vaccines makes sure that all EU countries have "access to effectively evaluated medicines at the same time and ensures centralised safety monitoring across their life cycle."

EMA said this month it would review data from ongoing trials of the vaccine until there was enough evidence for a formal marketing authorisation application.

The developers said Sputnik V had already been authorised by 46 countries.

It has been approved or is being assessed for approval in three EU member states - Hungary, Slovakia and the Czech Republic - and EU officials have said Brussels could start negotiations with a vaccine maker if at least four member countries request it.

Sputnik V could be manufactured for the first time in Europe outside Russia after a deal to produce it in Italy was signed by the Moscow-based RDIF sovereign wealth fund and Swiss-based pharmaceutical company Adienne.

(Reporting by Gabrielle TÃ©trault-Farber; Additional reporting by Dmitry Antonov in Moscow and by Bart Meijer in Amsterdam; Editing by Andrew Osborn and John Stonestreet/Mark Heinrich)