Deutsche Telekom to keep grip on T-Mobile in chase for U.S. top spot 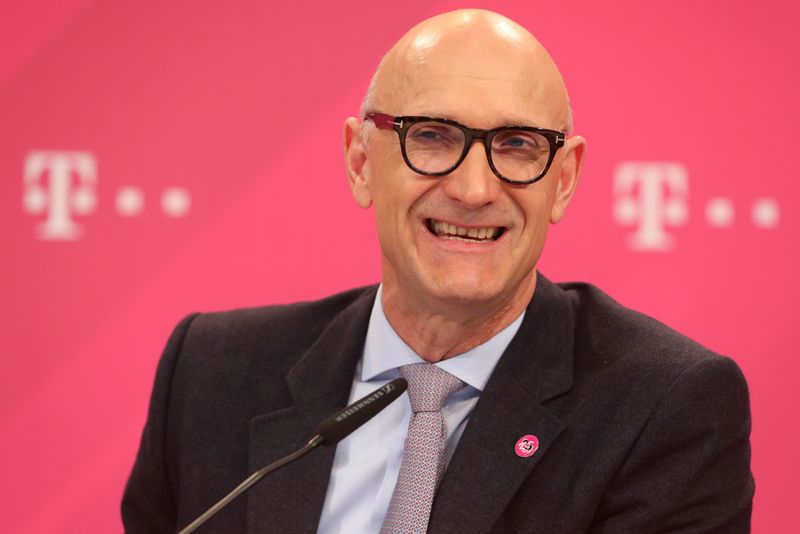 Speaking at the German group's annual general meeting, Hoettges said that Softbank wants to reduce its 23% stake in U.S. operator T-Mobile to bolster its finances because of the demanding economic environment.

Deutsche Telekom has the right of first refusal under a four-year shareholder pact that took effect when T-Mobile's $23 billion takeover of rival Sprint closed in April, he added.

The German company owns 43% of T-Mobile but the shareholder pact with Softbank assures it of strategic control and allows it to consolidate results of its largest subsidiary at group level.

"We will become No.1 in the United States," Hoettges said earlier in his set-piece address to the AGM, which was held online for the first time because of the coronavirus pandemic.

Capital markets publication IFR reported on Friday that Softbank could liquidate about two thirds of its stake, with T-Mobile likely to repurchase part of that while Deutsche Telekom could buy enough shares to lift its stake above 50%.

The U.S. merger has cemented T-Mobile's position as the country's No.3 wireless provider behind AT&T (NYSE: T) and Verizon (NYSE: VZ).

Hoettges also confirmed Deutsche Telekom's guidance for this year, emphasising the group's resilience in the face of the pandemic. He added that its outlook would be updated during the second quarter to account for the U.S. deal.