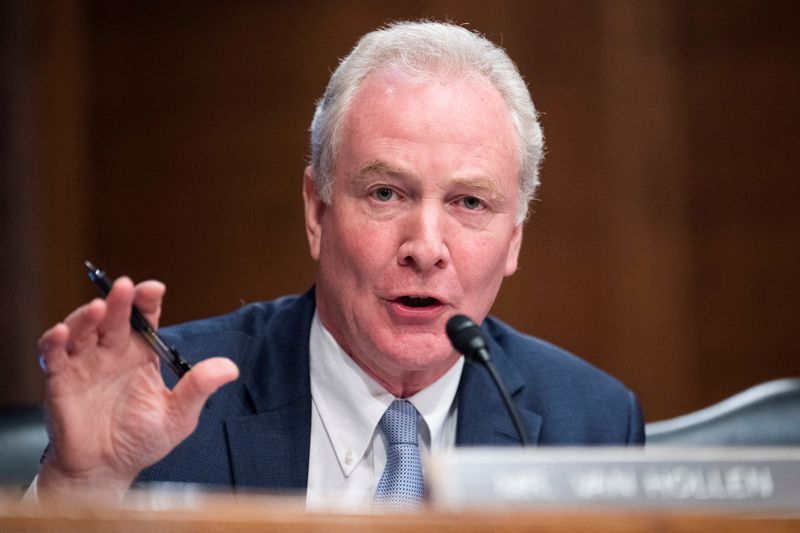 WASHINGTON (Reuters) - Democratic U.S. Senator Chris Van Hollen said on Sunday that he had returned home after a minor stroke a week ago landed him in the George Washington University Hospital in Washington, DC.

"It's great to be back home after a long week. I'm grateful for the generous outpouring of support from everyone and the dedicated care I received from the team at GW," Van Hollen said in a post on Twitter.

Van Hollen, 63, was admitted to the hospital after experiencing lightheadedness and acute neck pain last Sunday, he said in a statement.

An angiogram indicated that the stroke formed a small venous tear at the back of his head, he said, adding that he was informed there will be no long-term effects.

Van Hollen's announcement comes after Pennsylvania Lieutenant Governor John Fetterman, the leading Democratic candidate in the race to replace retiring Republican U.S. Senator Pat Toomey, who had been hospitalized for observation after suffering a stroke last Sunday, was also discharged from hospital.