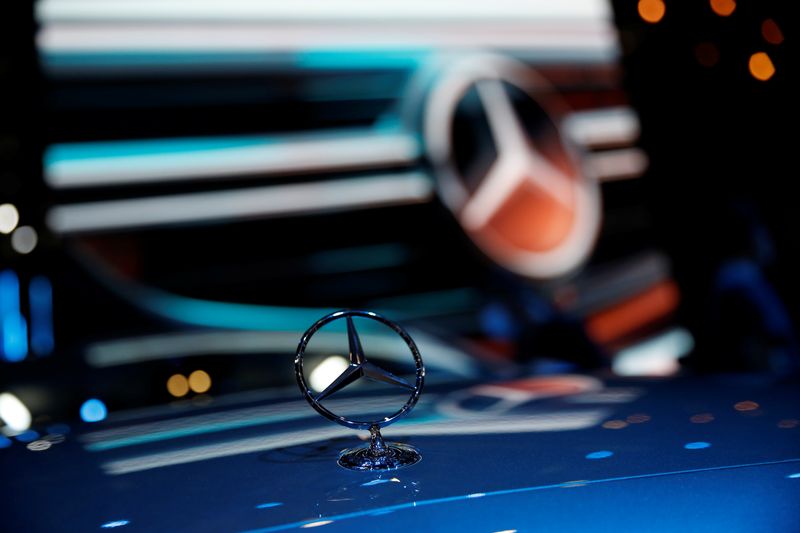 FILE PHOTO: An emblem of Mercedes-Benz is seen on a car's hood at the Beijing International Automotive Exhibition, or Auto China show, in Beijing, China September 27, 2020. REUTERS/Tingshu Wang

Software may fail to communicate a vehicle's correct location in the event of a crash, China's State Administration for Market Regulation said in a statement. Daimler declined to comment further on the recall.

Last month Mercedes-Benz USA said it was recalling 1.29 million vehicles sold since 2016 for a similar reason.