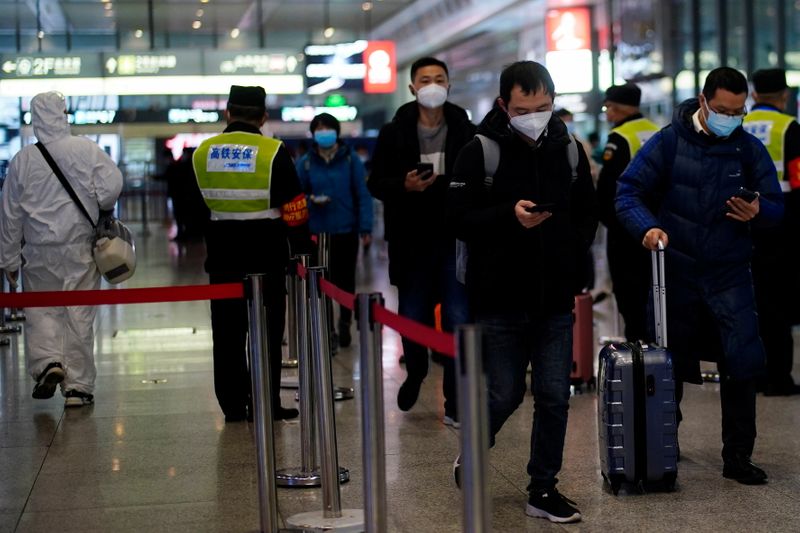 Under the old normal, Chinese railway stations would be swarming with travellers jostling to collect tickets and scrambling to board trains bound for distant provinces where many reunite with family to celebrate, in the world's biggest annual human migration event.

But with northern China fighting clusters of COVID-19 infections and several cities under lockdown, authorities - fearful of a super transmission event - are discouraging people from leaving town during the New Year season, which runs between Jan. 28 and March 8 this year.

On Thursday the public appeared to be heeding those warnings.

"It's the first time I see a station like this - almost empty," said programmer Wu Dongyang, 27.

Around 3 billion trips are normally made during what is known as the Spring Festival travel rush.

Officials forecast about 1.15 billion trips this year, down 20% from early 2020 when the epidemic started to spread from the inland Chinese city of Wuhan, and falling 60% from 2019.

To further dissuade travel, authorities have allowed plane tickets for trips between Jan. 28 and March 8 to be cancelled at no charge.

On Thursday, as of midday, 7,638 flights across China had been scrapped, or nearly 52% of all scheduled flights, according to aviation data provider Variflight.

For workers sacrificing their family unions and staying put, some companies are offering additional wages and even free entertainment.

But not all have it easy.

Yang, a 39-year-old Shandong native who works in the Beijing services sector, said she had to stay at her company's dormitory and not at her own flat, and be tested for COVID-19 every two weeks.

While her company did not restrict her movements within Beijing, Yang was reluctant to go out, especially for meals with others. "The location of my phone is being tracked," she said.