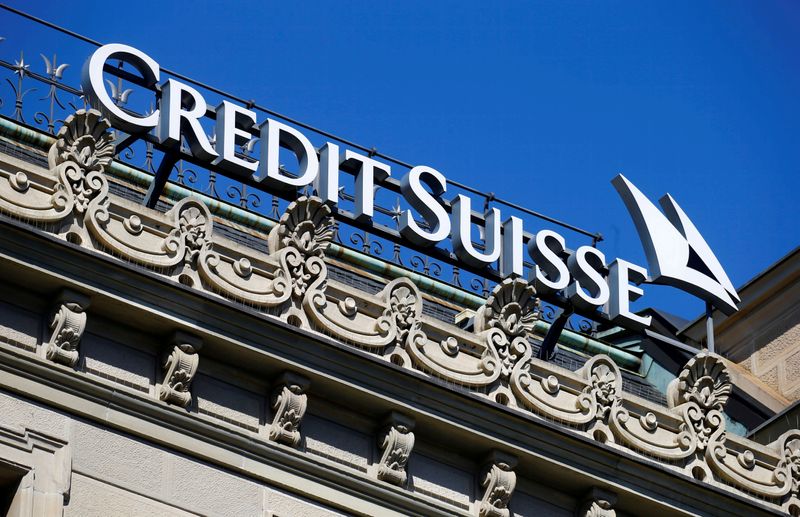 ZURICH (Reuters) - The structure of Credit Suisse's investment bank will be scrutinised closely by incoming chairman Antonio Horta-Osorio, CEO Thomas Gottstein told a newspaper, as the bank aims to boost risk management after billions in losses on U.S fund Archegos.

"That is with certainty one of the core strategic themes that the board under the new chairman, together with the bank's executive leadership, will be focusing on," Gottstein told Neue Zuercher Zeitung on Tuesday.

Credit Suisse on Tuesday announced it was overhauling risk and investment banking leadership as it booked a 4.4 billion Swiss franc ($4.7 billion) hit from deals with U.S. hedge fund Archegos Capital Management that imploded.

"There are no sacred cows," Gottstein added in the interview. "What we can already say is, we will be taking risks out of certain parts of investment banking. That certainly includes the Prime Services business" that serves hedge funds like Archegos.

Horta-Osorio is due to join the bank from Lloyds Bank after current Chairman Urs Rohner retires this month amid several crises that have dragged on the Swiss bank's reputation.

In addition to the costly Archegos blow-up that has engulfed Credit Suisse and other global financial institutions including Nomura, the Zurich-based bank has been in the crossfire over potential losses stemming from loans and funds with one-time billionaire Lex Greensill and his insolvent supply-chain finance company.

In the NZZ interview, Gottstein blamed Credit Suisse's failings to adequately manage risks at least partly on the lack of face-to-face meetings with clients during the COVID-19 pandemic.

"It's a challenge to manage a global bank during a pandemic over Zoom," Gottstein told the newspaper. "I'm convinced that in the era of COVID-19 the scrutiny of risk business, whether for banks or insurers, has grown more difficult."