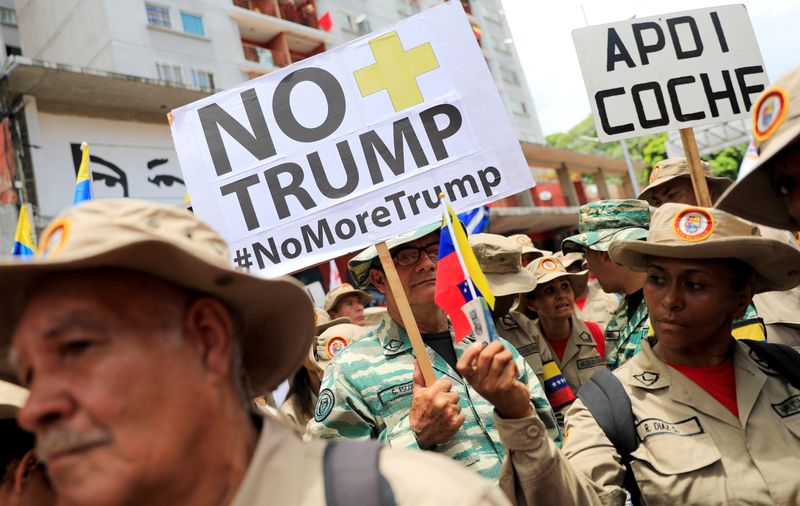 By Daphne Psaledakis and Luc Cohen

WASHINGTON (Reuters) - One of the final acts of the Trump administration was almost certainly one of the most confounding for Alessandro Bazzoni, a restaurant owner in Verona, Italy.

As part of a crackdown on blacklisted Venezuelan crude, former President Donald Trump's Treasury Department accidentally slapped sanctions against his company on Jan. 19 in a case of mistaken identity.

"It was a mistake," Bazzoni said, speaking to Reuters by telephone from his restaurant in Verona on Thursday.

On Wednesday, Treasury reversed course and acknowledged its error, removing sanctions from AMG S.A.S. Di Alessandro Bazzoni & C., as well as sanctions on what appears to be a graphic design company in Porto Torres, Italy.

A Treasury official said the department realized the companies were owned by different individuals than the Bazzoni it blacklisted in January.

In 2019, the Trump administration sanctioned Venezuelan state oil company Petroleos de Venezuela seeking to force the resignation of President Nicolas Maduro, who it accuses of corruption, human rights violations, and rigging his 2018 re-election.

The administration on its last full day in office imposed sanctions on a different Alessandro Bazzoni over accusations he was tied to a network attempting to evade sanctions on Venezuela's oil sector.

Treasury also slapped sanctions on companies it said were tied to Bazzoni, including AMG S.A.S. Di Alessandro Bazzoni & C., with the same address as the Dolce Gusto restaurant and pizzeria in Verona, Italy. Records show the Verona-based Bazzoni owns both companies.

"They resolved the problem. I shouldn't be involved anymore," he said. "It was a mistake ... thankfully it was all resolved in a couple of months."

The SerigraphicLab di Bazzoni Alessandro, also listed by OFAC, did not reply to emailed requests for comment.

"At the end of the Trump administration they were doing a lot really, really fast with respect to Venezuela, Iran and China," said Tim O'Toole, a sanctions specialist at law firm Miller & Chevalier.

"When you move that fast, you tend to make mistakes," he added.