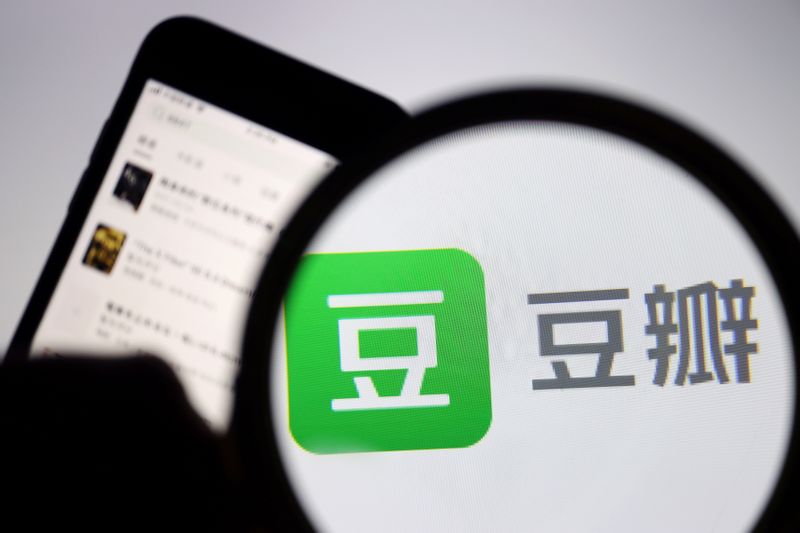 The sign of Chinese social networking forum Douban is seen under a magnifying glass near a mobile phone displaying the Douban app in this picture illustration taken April 14, 2021. REUTERS/Florence Lo/Illustration

"I firmly support my sisters on Douban, and oppose Douban's cancellation of feminist channels," said Zhou, who in 2018 filed a sexual assault suit against a national TV anchor, fuelling China's #MeToo movement.

Reuters on Wednesday found that the groups mentioned in Zhou's post were no longer accessible, though other feminist channels and content existed on Douban - one of China's earliest online forums with discussion channels on a host of themes.

Privately owned Douban did not immediately respond to a Reuters request for comment.

The deleted Douban channels included groups with links to the so-called "6B4T" movement, a variant of feminism originating from South Korea that urges women to refrain from relationships with men, reject religion and stop buying products such as a corset that are hostile to the female gender.

"We should stick together," one Weibo user wrote. "Otherwise 'The Handmaid's Tale' will be our tomorrow."

China says it seeks to empower women and protect their rights, but it does not tolerate activities and discourse - online or offline - that it feels could agitate social order or signify defiance to its authority.

In 2015, authorities arrested five activists, later dubbed the "Feminist Five," who were planning to demonstrate against sexual harassment on public transport. They were released a month later.