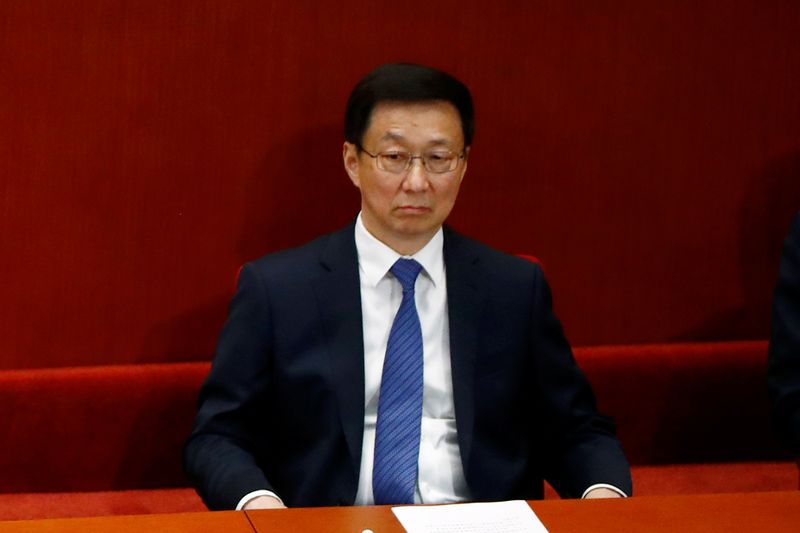 Han said China welcomed the U.S. return to the 2015 Paris Agreement, according to Xinhua. Kerry was in Shanghai for talks with his Chinese counterpart, Xie Zhenhua.

Xi last year announced that China, the world's biggest emitter of greenhouse gases, would achieve a peak in carbon dioxide emissions before 2030 and carbon neutrality by 2060.

(Reporting by Kanishka Singh in Bengaluru; Editing by Leslie Adler)