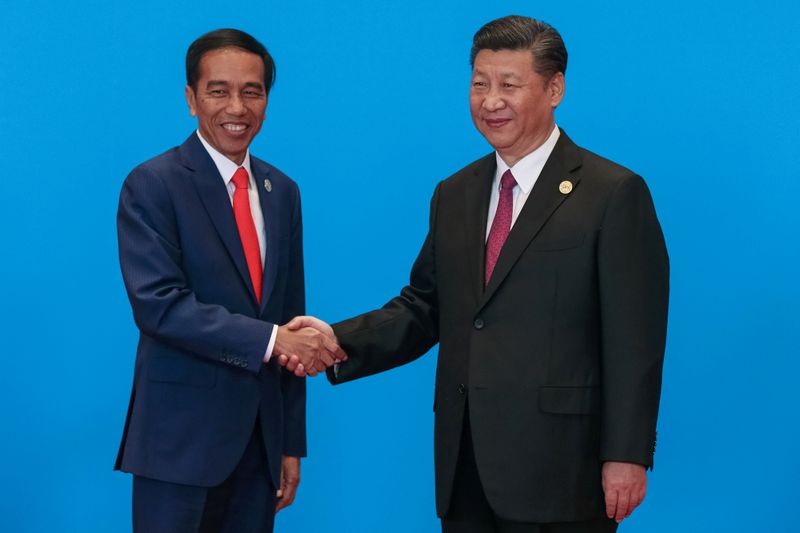 China and Indonesia should aim for cooperation of "higher quality and bigger scale", Xi was cited as saying by Xinhua, adding the two sides should push forward infrastructure projects such as a high-speed rail link between Indonesian capital Jakarta and another major city, Bandung.

The 142 km (88 miles) Indonesian rail project, which is part of China's Belt and Road Initiative, was originally expected to cost 66.76 trillion rupiah ($4.57 billion) when awarded to a consortium of Chinese and Indonesian state firms in 2015.

With budget overruns expected to raise costs sharply, Indonesian companies are negotiating for Beijing to increase its stake in the project.

The two countries should push forward implementation of the Regional Comprehensive Economic Partnership (RCEP), Xi said, referring to a 15-nation Asia-Pacific free trade pact both China and Indonesia were signatories to last year.