China's Suning.com says shareholders plan to sell up to 25% stake 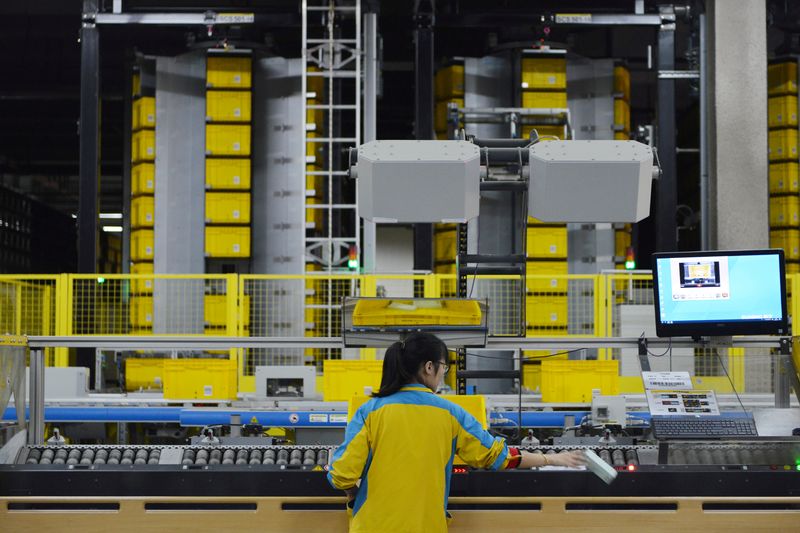 BEIJING (Reuters) - Chinese retailer Suning.com said on Thursday shareholders plan to sell 20% to 25% of the company to unnamed buyers which might lead to a change in control as its parent seeks to raise cash.

The company said it was notified of the stake sale by its founder Zhang Jindong and its parent Suning Appliance Group, who respectively hold a 20.96% and 19.88% stake in the firm.

Suning.com's other shareholders include e-commerce giant Alibaba Group which bought a 19.99% stake as part of a strategic partnership in 2015.

"The transfer, if completed, will help further improve the company's shareholding structure and the steady implementation of long-term strategy," Suning said in a statement to the Shenzhen Stock Exchange on Thursday, without elaborating.

Trading of shares in Suning.com, which is one of China's largest online and offline retailers of electronics and other consumer goods, were suspended ahead of the announcement. The company said the deal still needs approval by authorities.

Prior to the trading suspension, shares of Suning.com were last traded at 7 yuan ($1.09) each and a 25% stake would be valued around 16.3 billion yuan ($2.5 billion), according to Reuters calculations.

Chinese financial media Caixin reported on Thursday that the State-owned Assets Supervision and Administration Commission in Nanjing, where Suning is headquartered, is most likely to become the new controlling shareholder.

(Reporting by Sophie Yu and Brenda Goh;Editing by Elaine Hardcastle)